Jay Cutler explains some of the struggles that Phil Heath will be facing in his bodybuilding return, but says that he should be able to get his 8th title 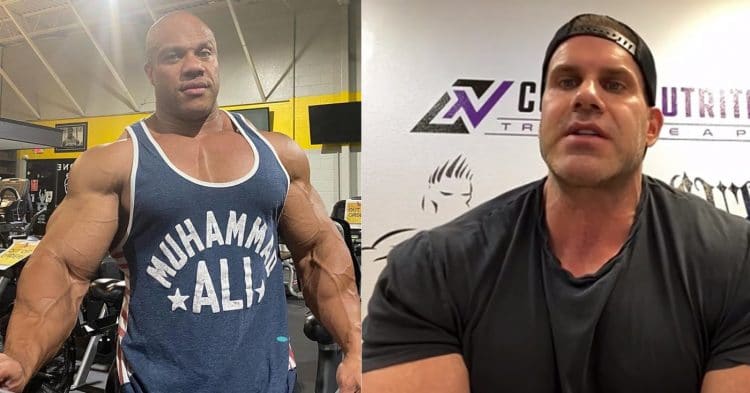 Phil Heath has the opportunity to make history at this year’s Mr. Olympia when he makes his return to competition. However former Olympia champ Jay Cutler has been in a similar position before, and has some advice for the returning champion.

It took a good amount of time for Cutler to break through from being the perennial runner-up at the Olympia, but when he won in 2006 it was all the more satisfying. He would defend his title once before losing in 2008. However he could not be kept down for long, as he returned to reclaim his throne the very next year and defended it again in 2010.

With this type of experience, Jay Cutler has been keeping a close eye on Phil Heath as he goes through similar circumstances. Heath is coming back to competition after over a year since losing his Olympia title, when he takes the stage later this month. Speaking in a recent interview, Jay had some advice to give Phil on how to approach this comeback, as well as some things to avoid.

“The guy won a lot of Olympias,” Cutler said. “He won more than me, he was second to me, he’s been great since the beginning. He was third in his first Olympia in 2008. He works with Hany and I’m sure they had a game plan to prepare him to come back. The only difference is he’s sitting out a lot longer than I did, I came back the next year.

We talk about ring rust with boxers and that kind of stuff, I don’t know with bodybuilding. I can tell you, when I sat out in 2012 after losing in 2011 and tearing a bicep, I came back in 2013 and let’s be realistic, I was a shadow of myself.

“I’m really surprised Phil Heath came back,” Cutler continued. “Once he sat and took on real life things that he probably never had prior to worrying about the Olympia each year, because when you win the Olympia the very next day you’re already thinking about the next one. So I think he’s got to have the mindset to come in. He can’t worry about anybody else.

When Phil Heath lost to Shawn Rhoden in 2018, the main factor that caused it was undoubtedly his relatively bloated midsection. Jay Cutler recognizes that this was a problem for him, and thinks that Phil knows it too. However he still feels that 2017 was close and not necessarily indicative of a declining Phil Heath.

“I’m not going to sit here and say the judges called him after the show or that there was an official that called him and said ‘Phil, hey fix your stomach,'” Cutler explained. “I think he knows that in 2017 the stomach was a little bit of an eyesore.

I compare it to my ’07-’08 issue, where I came in off in ’07 and I came in ’08 and I wasn’t 100 and that’s when I lost to Dexter. It’s like, you can show up one year and have a slight miss of the mark but if you come in the following year and you haven’t fixed that issue then you’re going to get pushed off.

He had an extended stomach, but has that happened before? Yeah of course it has. It could have gone either way. It wasn’t like it was 100% Shawn Rhoden destroyed him. That wasn’t the case.”

What do you think of this assessment from Jay Cutler? How do you see Phil Heath doing at the 2020 Mr. Olympia?