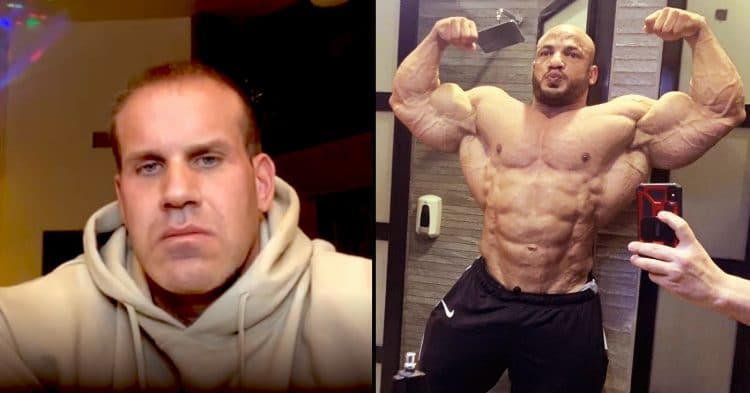 David Bay with the Olympia organization recently interviewed 4x Mr. Olympia Jay Cutler just a week out from the 2020 Olympia, which will take place in Orlando, Florida this year Dec 17-20.

Cutler was the honorary ambassador at last year’s Olympia but he’s always involved in the sport.

So at one point in the discussion, top Open competitor Mamdouh ‘Big Ramy’ Elssbiay became the topic of discussion. For those unaware, Ramy placed second behind Phil Heath at the 2017 Mr. Olympia.

However, in 2018, he was completely off and fell down to a very disappointing 6th place. As a result, and because of other personal reasons, he took the year off and then decided to compete at the 2020 Arnold Classic of which he showed notable improvements.

So now that the Olympia is coming up here shortly, the question has been, “how will Big Ramy come into the show this year“?

Well, Cutler and Bay talked dove in deeper to talk about what to possibly expect. Bay brought up Ramy not quite living up to the hype that he had at once point and that he hasn’t been consistent…

“he just seems to not fulfill that potential.”

Cutler’s response, “He’s got the curse his name is Big Ramy,” explained Cutler. “We expect way too much from Ramy”.

“Nicest guy in the world but how hard do you want it? How aggressive can you be up there.”

Cutler feels he needs to be more aggressive and confident taking on the top guys posing one-on-one and really asserting that this is his time.

“We always said an in shape Ramy, if he’s 100% he wins this contest”. He also mentioned Ramy’s large legs that have been criticized in the past as it throws off his proportions a bit.

“It does throw his physique off a little bit.”

Bay mentioned that Ramy and his coach are working to come in a little smaller to ensure the conditioning is there.

But Cutler isn’t too fond of the numbers games when people talk about Ramy’s hulking size and how he needs to weigh less to be a real contender for the Sandow.