Due to restrictions on how many people could attend in Las Vegas, the decision has been made to move the 2020 Mr. Olympia to Orlando, Florida 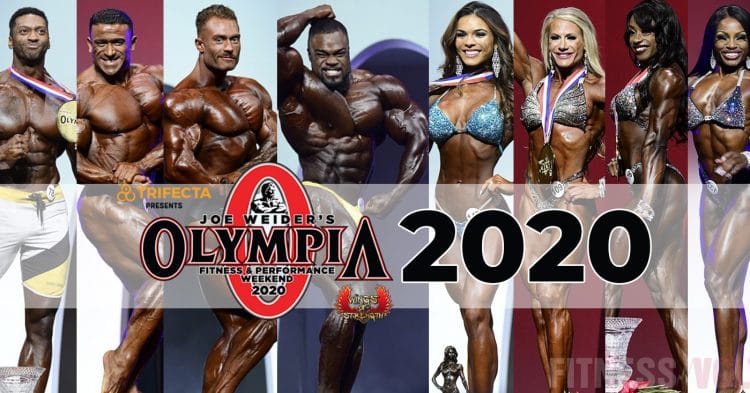 The 2020 Mr. Olympia has been hit by yet another curve ball. With just four weeks to go until the competition, the event is moving from one end of the country to another.

Today on November 18, 2020, Olympia President Dan Solomon announced on Instagram, that the 2020 Mr. Olympia Weekend moved from Las Vegas, NV to Orlando, FL. The date of the event will not change.

This year’s Olympia has been one full of struggles from the start. Obviously the global pandemic effected bodybuilding competitions, just as it has the rest of the world. This has left the Olympia delayed to the point where athletes are qualifying for both this year and next year’s contests. Originally expected to take place during it’s regularly scheduled timeframe of September, the contest was then expected to go down in December, at the Planet Hollywood in Las Vegas, Nevada.

Unfortunately it seems that this is no longer the case. According to an official statement, the 2020 Mr. Olympia is being moved from Vegas to Orlando, Florida. Apparently there have been restrictions placed in Nevada due to the global pandemic, that would limit the attendees to just 250 people. However they are now moving to the Orange County Convention Center in Orlando, Florida, where they can have a total of 2500 people in attendance.

“Olympia President Dan Solomon explains, “These have been incredibly challenging circumstances, but we’ve remained focused on making sure the best athletes in the world have the opportunity to compete in front of their fans. The news out of Las Vegas in recent days has become highly concerning. We will not risk the possibility of being forced to cancel the Olympia, so we are grateful to the city of Orlando for welcoming us, while providing a safe and expansive home for all phases of the event.”

This is obviously a massive change for the Olympia, especially on just four weeks notice. We have seen a lot of similar things going on over the last few weeks, as various countries begin adding more restrictions. For example, the British Grand Prix show got pushed forward a few days to avoid the imminent lockdown in the UK. It just seems to be the nature of trying to navigate holding competition during these very uncertain times.

“These are challenging times, but we owe it to the entire industry to do whatever it takes to create a safe and exciting weekend,” said Olympia owner Jake Wood. “As part of our commitment to these elite athletes, we will also be giving away record prize money.”

“I am incredibly proud of everything the Olympia team is doing as we work to end the year on a high note. This new location is a tremendous opportunity to make sure the Olympia tradition continues here in 2020. Looking forward to seeing everyone in Orlando.”

One can’t help but wonder if there is an element of financial necessity to the insistence that the 2020 Mr. Olympia needs to have an audience in attendance. Nevertheless it is good to see that the show will go on, at least for the sake of the athletes.

Check out the final list of competitors qualified for 2020 Mr. Olympia.