The 2021 Arnold Sports Festival has been postponed until an undisclosed later date, due to the global pandemic 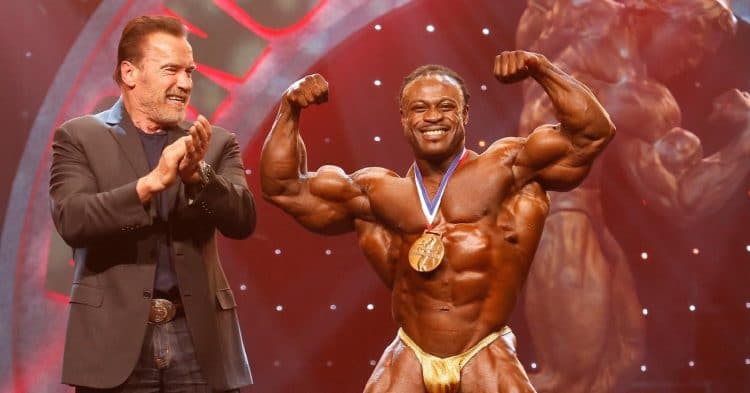 The condition around the world has been getting worse again, as restrictions begin to tighten. This has led to the preemptive decision for the 2021 Arnold Sports Festival to be postponed.

When things started going down with the global pandemic earlier this year, the Arnold was one of the first major events to be hit. Ohio was one of the inital places to report cases of coronavirus in the United States, and while they were able to proceed with the contest, it was at a severely diminished level. Not only was the expo canceled and fans not allowed to attend, but the amount of contests was lessened to just the major bodybuilding and strength sports events.

It is with the hindsight from this experience that the officials came to an unfortunate decision. Noted on their website, the 2021 Arnold Sports Festival, which normally takes place in Early March, is being postponed. Although some reports have suggested a handful of potential dates a few months later, there has been no confirmation that these dates are planned.

Fitness Volt reached out to Brent LaLonde who handles Marketing and Communications for the Arnold Sports Festival. He confirmed the decision to postpone, but says that things are too uncertain at this time to narrow it down to a specific date.

“At this point we do not know when the event will be held in 2021,” he said. “The situation with COVID-19 is so fluid that it is not yet clear when it will again be safe to have large, indoor gatherings. We hope to have more information as soon as possible but it might be weeks before we have clarity.”

This is obviously a massive blow to the Arnold, and one that is surely going to disappoint fans. The good news is that there is currently no signs of a cancelation, with the plans to just move it to a later date. We have seen some events change location to places with more lax regulations, over the last several months. So it is possible that they could be considering having next year’s event somewhere other than the normal destination of Columbus, Ohio.

Whatever the decision ends up being, one can only hope that things can go smoothly enough to have the 2021 Arnold Sports Festival. It is one of the biggest events in strength sports, and every year it brings exciting action. The only problem is trying to find a way to do it safely. That being said, stay tuned to Fitness Volt for updates when a more specific date is outlined.