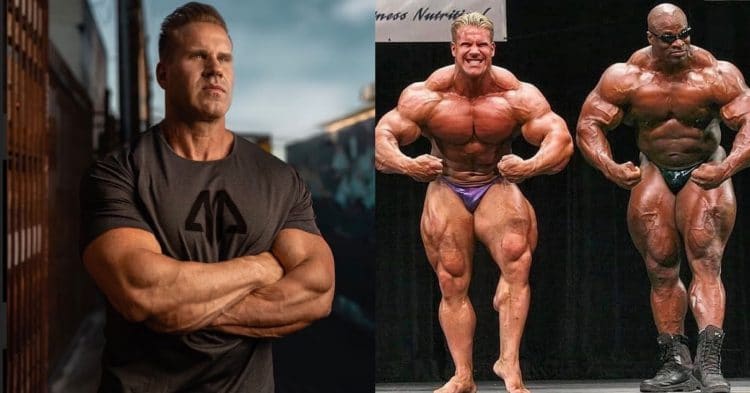 After years of being the perennial runner-up, Jay Cutler was able to dethrone the great Ronnie Coleman and win the Mr. Olympia  A decade and a half later, he reflects on that moment and what it meant to him.

The onstage career of Cutler has two fairly distinct parts. What most people know him for is the fact that he was able to win four Mr. Olympia titles across five years, only briefly disrupted by Dexter Jackson in between.

However there was also the part of his career where Jay seemed to always be the bridesmaid but never the bride. Between 2001 and 2005, the Massachusetts born bodybuilder found himself coming in second place at every single event he competed in.

After this run of second place scores, Jay Cuter was finally able to win the 2006 Mr. Olympia, breaking the legendary Ronnie Coleman’s 8 year reign as champ. Speaking in a recent interview, Jay explained just how much this moment meant to him.

He started off by going on record to say that Ronnie Coleman was the greatest bodybuilder to ever do it, and he looked up to the legend. He then explained that after being second for so long, it took him a while to come to terms with the fact that he won.

“He’s the greatest ever, I’ll go on record. We all sit here and look at bodybuilders and who we admire, this guy was my idol. So for me to come up and have him as my idol and  then become a rival, and then of course have to beat him,” Cutler explained.

“When I did beat him, I felt bad because not only did I beat him, but he was going for record number nine at the time… So I held (him) from that happening. He was going to break that record, and I was the first guy to defeat Mr. Olympia onstage, never been done in history, still to this day.

“To have all those second (placings), I was second to him four times to him, where most guys would have given up. It seemed like there was a curse of the second place Mr. Olympias, if you go back to like Rich Gaspari, and Kevin Levrone, Shawn Ray, all these guys they never end up getting the title, Flex Wheeler, like they all pursued that title and then fell back, whereas I was the one who was able to leap forward and actually win the title,” Cutler continued.

“To do it in my home town of Vegas, and have everyone behind me… By that point, as the underdog you build up a huge momentum. It took me weeks to realize that it happened, and to this day it was still one of the greatest moments in our sport’s history, and probably 50 years from now will be recognized even further. It seems like the further I get away from my career, the more respect I get.”

From there, Jay Cutler goes on to explain that top bodybuilders were portrayed as perfect in magazines. So there was a certain expectation that fans had when they met him.

However he knows that all of these bodybuilders had their own issues going on behind the scenes, and were far from the perfect expectations set before them. So that makes him appreciate the vulnerable moments that he had early in his career, before he found success.

“With success comes a different mindset… If you told me at 18 when I started, I was a shy country kid, and I remember standing onstage and I was shaking, and I was wining,” Cutler said.

“I remember guest posing, being nervous as hell up there, like oh my gosh. I was paid to be there because I just didn’t have the experience. And then starting to get behind a microphone, and having to do it onstage, and I was only in front of 500 people or 1000 people.

“Eventually, when you’re on the Olympia stage doing speeches with 10,000 people, and then you go to seminars, and you travel worldwide,” Cutler continued. “And then of course you get behind a microphone for social media, and you’ve got millions of people.

“You learn to adjust and then you realize that ‘Wow I’m actually changing people’s lives.’ I look back on the accolades of what I did, right? All these awards and titles, we can talk for days about that, but its the people now who appreciate you for the message that you provided, and the motivation.”

It is crazy to look back on the career of Jay Cutler and see how far he came. His story is nothing short of motivational, and even years later it is incredible to hear him reflect on these moments.

Calisthenics Back Workout for Size and Strength