Bodybuilding legend Ronnie Coleman discusses his time with Joe Rogan, and starting stem cell treatment for his back 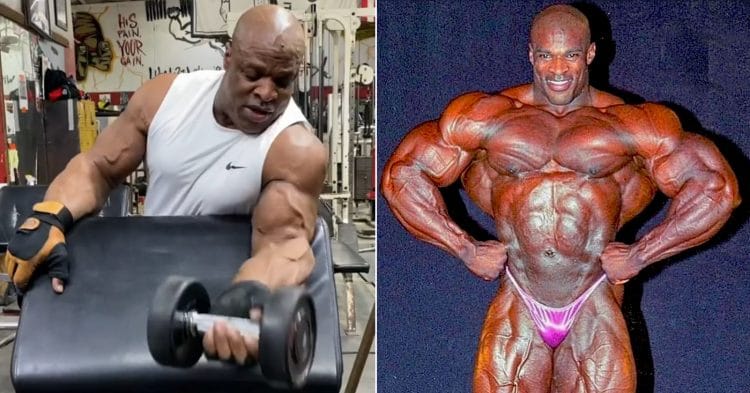 As one of the biggest legends in bodybuilding history, Ronnie Coleman has been open about the sacrifices he has made with his body over the years. Now it seems that he is finding ways to heal the damage he caused himself.

During his time in the sport, Coleman was regarded as one of the most dominant forces in all of bodybuilding. His eight consecutive wins at the Mr. Olympia are enough to prove that point.

However that type of mass and dominance takes its toll on the human body, and he has the damage to prove that. Over the years, his back has been severely injured, with the majority of his spine being fused with countless surgeries.

Things got to the point where the King could barely walk. This has led to Ronnie Coleman looking for alternative ways of fixing his back and helping with the pain, with him telling Joe Rogan that he was exploring stem cell surgery, with a recent appearance on JRE.

As it turns out, this stem cell treatment has worked. Speaking in a recent podcast with Milos Sarcev and Gilies Thomas, Big Ron explained that his back pain goes down with every treatment, and that it is almost nonexistent now.

“The pain is gone now. I’ve only got a little bit now, not a lot at all. So it’s getting better.”

As previously stated, Coleman discussed in detail the amount of pain he was in, and the struggles he was having with his back, while speaking with Joe Rogan. This was an experience that he reflected on during the same podcast.

Here he complimented the UFC commentator and comedian, saying that he was nervous at first about what it would be like. However once they started talking, things felt natural and effortless.

“That was a lot of fun. He’s a real cool guy. I didn’t know what to expect from him, but once I got there and found out how cool he was, I was like ‘Okay this is going to be normal,'” Coleman explained.

“It ended up be just a normal thing that I had a lot of fun with. I enjoyed that pretty much a whole lot.”

It is good to see that Ronnie Coleman is seeing some improvements in his back with the help of stem cell treatment.

Hopefully things continue moving in the right direction and he will keep feeling better.