The 4x Men's Physique champion is making a comeback to the Olympia stage in 2020!

Jeremy Buendia is apparently gearing up for a big 2020 comeback, in an effort to reclaim the Men’s Physique Olympia title that he lost in 2018. Buendia won the competition for four straight years (2014, 2015, 2016, and 2017) before falling to a disappointing 4th place last year.

And then he was accused of physical abuse by an ex-girlfriend earlier this year; which really put a damper on his reputation, although he publicly denied the claims on Instagram. He was even dropped by his sponsor Steel Supplements after the news surfaced.

And it seemed as if Jeremy Buendia made headlines all year long, after having many verbal exchanges with several Open division bodybuilders, getting into a fist fight at an event, and there were even speculations that he was going to switch over to the Classic Physique division.

But despite all the chaos surrounding the 4x Men’s Physique champ, he still wants to make a comeback in 2020; which he recently expressed on his Instagram page…

“2020 it’s on! I’m coming back to the stage to reclaim my title!
Joining forces with @abdullah_84otb of @o2_gyms looking forward to training in Kuwait with Coach Abdullah & the Reigning Mr. O Champ @brandon__curry 🥇”

Buendia says he can’t wait to join coach Abdullah and the 2019 Mr. Olympia champion Brandon Curry at the famous Oxygen Gym in Kuwait; which is a hotspot for elite talent. But anything can happen between now, and the 2020 Olympia.

We don’t have any further information regarding the violence allegations. But hopefully, all of the mess clears up, and as you know, we’ll be on top it! 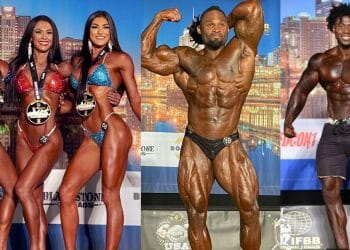 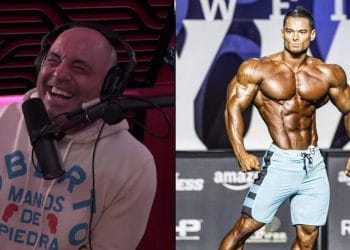