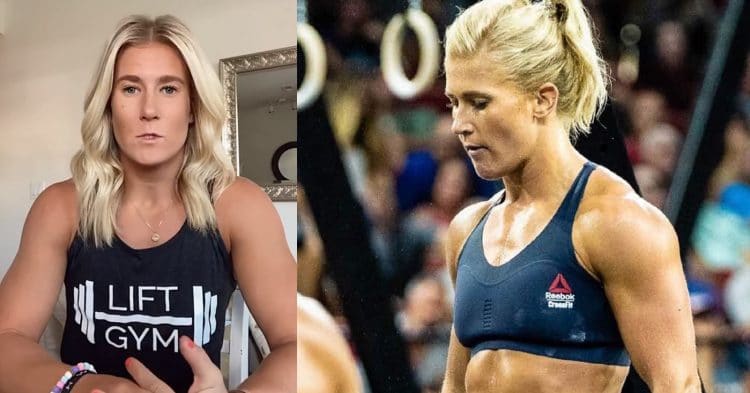 After being removed from Misfit Athletics team for a racist comment, and enduring a few months of social isolation, CrossFit athlete Jessica Griffith has taken to Instagram to issue a formal apology to her fans for racist comments she made by text on Memorial Day. In the video, she apologizes, asks for forgiveness, and tells her fans that she “fell short.”

What Jessica is referring to is a series of text messages that occurred on May 25 in a group chat. We previously reported on this racist event, saying that both Jessica Griffith and Travis Williams made inappropriate comments that included the slang version of the N-word.

Both Travis Williams and Jessica Griffith were removed from Misfit Athletics team immediately.

In the text messages on Memorial Day, the implication that no harm was intended was there as we reported, but athlete Chandler Smith, who is black, asked them not to say the word, calling it “offensive.”

Yesterday, Jessica took to Instagram with a two-minute video apology. She started by saying,

I don’t take this situation lightly. I don’t take what happened on Memorial Day as a joke, as anything that I want as a representation of who I am.

And, it has been my greatest desire to publicly acknowledge what happened, apologize, and ask for forgiveness.”

Jessica went on to say that it is never her intention to hurt or harm anyone. She says,

“On that day, I fell short…And, guys, I really just need to apologize for my actions that day.”

Jessica also said that the “climate” is leading to the world being a “pretty scary place right now.” She said making things right is the utmost importance to her.

She acknowledged that her actions have an impact on others and apologized repeatedly.

She mentioned looking ahead with her fans, saying she is excited to move forward, and excited to share what’s been happening over the last four months. She finishes by saying,

“But before any of that can happen, guys, I just truly truly need to apologize for what I did. So thank you so much for being on this journey with me. Again, I’m so sorry for falling short. But please forgive me. I’m excited to be better for you guys. I love you. Thank you.”

Following yesterday’s video, reactions from her fans have been mixed.

One commenter said, “Anyone offended by that word uses it regularly so clearly isn’t that offended by it.”

This was followed by another that said, “Glad you apologized but why did it take 4 months to do that?”

We had noted in our initial report that she had lost or deactivated her Instagram for a short time during the scandal, and that’s likely the cause of her lack of response or apology on the matter since late Spring.

Another commenter noted that she loves Jessica, but is glad that she apologized because this “culture won’t get us anywhere.” One fan noted that it takes a big person to be vulnerable and ask for forgiveness, calling her a “good human.“

Today on Jessica’s Instagram is a bio that reads, “For God did not give me a fearful or timid spirit, but one that loves, is powerful, and disciplined.” Included in her bio is a link regarding George Floyd protests.

It’s not the first apology Jessica Griffith has made, she did make one before disconnecting her Instagram stating I’m sorry and I want to take full responsibility by admitting that what I said was WRONG. Later on, June 1 she posted about social justice issues on Instagram, saying she would be “the first to admit” she’s falling short.

In that post, Griffith discusses the Black Lives Matter movement.

“Sure, #blacklivesmatter is great, but what’s that doing other than just being used as a “performance piece” on social media if there’s no driving force behind it? I don’t want a “pat on the back.” I want justice for those being treated a certain way based on their skin color.”

Griffith is looking forward to the 2021 CrossFit games season and in hopes to continue her career, no doubt that was the right step to ask for forgiveness and to be accepted back in the community.