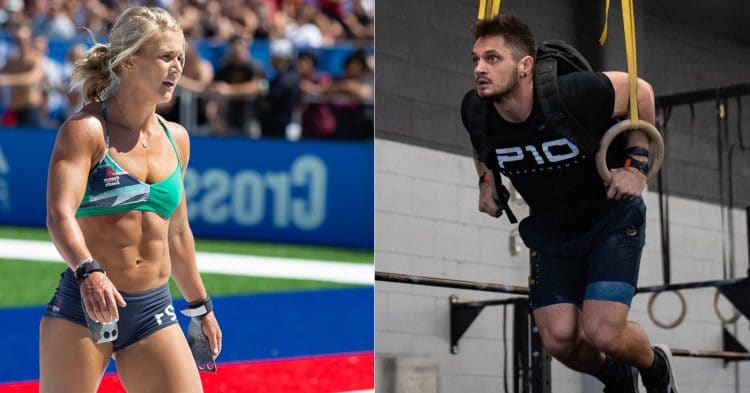 Right now we’re in some very challenging times and we don’t really need to explain with all of the events that are currently going on. Emotions are high and therefore, being considerate with our actions and words is to be expected as it always is, of course.

Well, CrossFit athletes Travis Williams and Jessica Griffith were a little insensitive in some very recent text messages in a group chat setting on May 25. Both athletes apparently made some comments that were very inappropriate which included the slang version of the N-word.

Although it was implied that they meant no harm, athlete Chandler Smith, who is black, asked them to not use that word in the group message as it was offensive.

Williams responded with the following…

“I’m too white privileged to see why that’s offensive, you mad bro.”

Then Griffith replied with…

“Chan Man if you get mad at a white country bumpkin girl saying n**** we got bigger fish to fry. Sorry you’re offended, but it was by no means hateful – big difference there.” 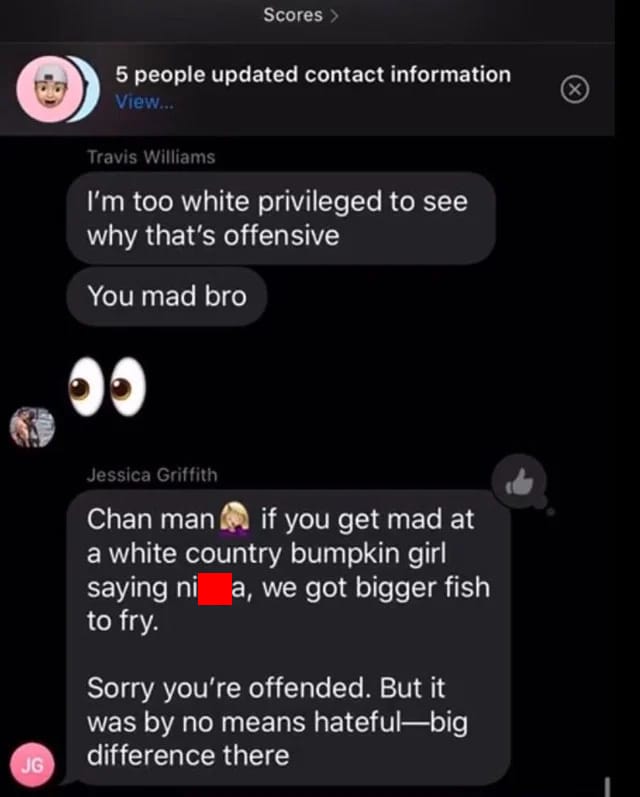 Below you can watch the very sincere video response regarding the inappropriate comments that led to the release of both athletes from team Misfits Athletics.

“Misfit Athletics Video Response
Drew sits down to address what transpired in the decision to remove Jessica and Travis from our team, and the current state of affairs in our country.”

Travis responded to the comments:

Jessica Griffith’s social media has since been deactivated but initially, she wrote this after her racist comments:

“There’s no other way to start this other than saying, “I’m sorry.” I’m sorry and I want to take full responsibility by admitting that what I said was WRONG. I’m sorry that I insensitively, playfully, and casually used a term, I should instead, refrain from EVER using. I’m sorry that I tried to justify it. I should have immediately apologized the very moment I was confronted. Most importantly, I’m sorry that I hurt people, friends, and the Black community as a whole. The bottom line is, I was wrong and there’s no other direction to point the finger than at me.”

CrossFit CEO Greg Glassman also made some very insensitive comments recently and it caused a pretty big outrage in the CrossFit community. Big names in the sport have spoken out and there has been a lot of upset. He did apologize for his comments thereafter.

It’s very unfortunate that at a time like this, he’d respond with what he did on social media and we truly hope things improve from this point forward.