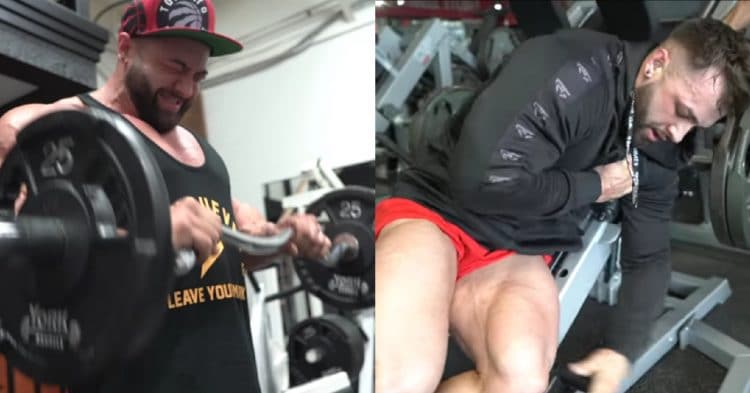 There are a lot of exciting bodybuilders expected to compete at the upcoming Europa Spain Show. One of those is Regan Grimes, who has been hard at work to build some mass in prep for this show.

As one of the most promising athletes in the sport right now, there is a lot of pressure on Grimes to perform well at the Europa Spain show. However he will going up against some pretty steep competition, particularly with Big Ramy announcing his intent to compete here as well. The contest is already shaking out to be one that is stacked and exciting.

With how serious the competition is looking, Regan Grimes has been doing all that he can to bulk up in order to prepare for the show. He has largely been documenting his progress on YouTube as well. One recent video sees the Canadian working on a mass building arm workout that is ridiculously intense. The workout is based on pushing yourself to failure on every set of every exercise, and after a brief warm up, he gets to work on the full workout, which consists of the following:

Triceps (each to failure)

Biceps (each to failure)

Regan Grimes absolutely crushed the workout, pushing himself on every set. You can see how great his conditioning is at this point, with his vascularity being off the charts. However he is doing more than just mass building in his arms. He followed this video up with another one, just a few days later, demonstrating his mass building techniques for his legs. This is similar to the legs, in that every set is done to failure, but the main difference comes in that there is no rest period in between exercises, only as long as it takes to get to the next machine. This workout goes as follows:

The amount that Grimes is pushing himself in this video is commendable, as he is clearly in more pain as each workout progresses. Not having a break in between leaves him trying to catch his breath as he moves to different machines, and you can visibly see his legs trembling as he goes, groaning in pain and exhaustion with each new workout. This type of workout is not for the faint of heart, but he pushes through with the heart of a champion, even if he winds up laying on the ground by the end of it.

How do you think Regan Grimes will do at the IFBB Europa Spain contest in just under two weeks?