According to sources, Hadi Choopan appears to have secured his U.S. Visa in order to compete at the 2020 Mr. Olympia 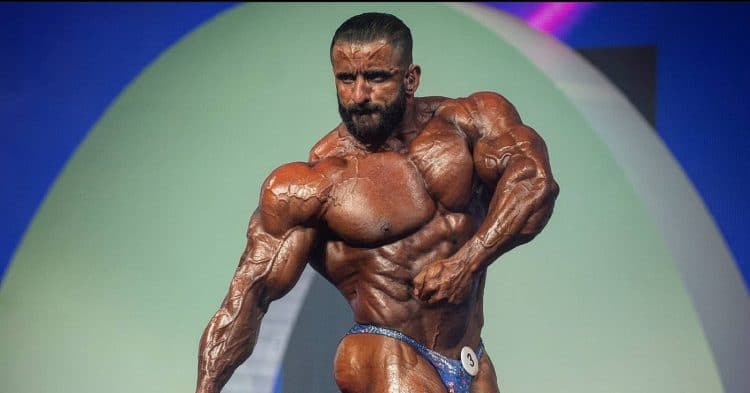 With the 2020 Mr. Olympia going down this weekend, hope appeared lost for Hadi Choopan and his efforts to secure a U.S. Visa. However with just a few days to spare, it would appear that he has gotten it done.

The biggest thing standing in the way of Choopan being a massive success in the world of bodybuilding, has certainly been his ability to compete in the U.S. He made his debut in the country when competed at the 2019 Olympia, but it was a close call for him to be able to secure the Visa that year. Fans were hopeful that this would not be a problem this year, but given the way 2020 has played out, it actually seemed more difficult for him to get it done. This has left him uncertain about whether or not he would be able to compete, even though he is in incredible condition ahead of the event.

According to reports, and someone close to Hadi camp whispers to us that Hadi Choopan has been granted his Visa with just a few days to go until the 2020 Mr. Olympia. It is important to note though, that as much as we are hoping he will be able to make it to the United States, things are still not confirmed. There has been no direct word from Hadi Choopan or his coach Hany Rambod to confirm this as official.

If this is true, as all signs appear to be pointing, this is big news for Choopan. There is still a question about how hard he has been training, but he appears to have never taken his foot off the gas in prep. All of the updates we have seen from him seem to suggest that he will be as good as ever this year, so long as he is able to get into the country.

Choopan never gave up on fighting for it either, even as the days close in on the competition. Even as reports emerged that Roelly Winklaar was going to be sitting out this year after contracting Covid, Hadi expressed his empathy in the matter, understanding the difficulties that Winklaar is going through. Yet he was also quick to note that he was still fighting for his chance that he could get approved.

As exciting as it is that Hadi Choopan appears to have his Visa, you should have some caution with your optimism. With travel restrictions and Covid tests, anything can happen between now and this weekend. However all signs are pointing in the right direction for seeing him alongside the other big named competitors.