Before they face-off at the 2021 New York Pro, Blessing Awodibu and Nick Walker have been building a rivalry that has caused a ton of hype 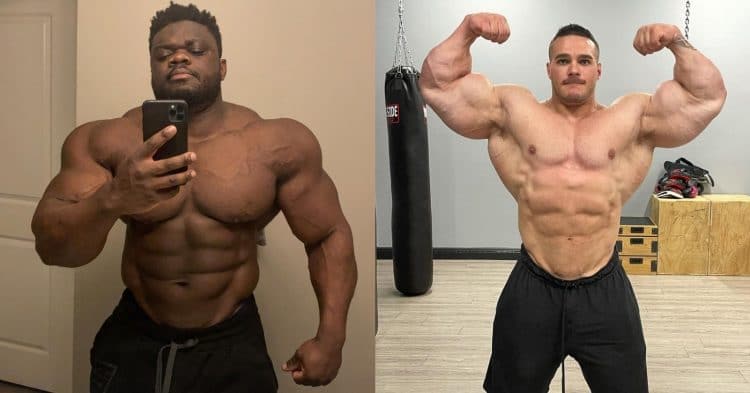 Fan-favorite bodybuilder Blessing Awodibu is set to make his long awaited pro debut at the 2021 New York Pro. Ahead of this contest, he has been trading words with fellow prospect Nick Walker, building tension between the two.

Without a bout, Walker and Awodibu are two of the most hyped prospects in all of bodybuilding. So naturally, it makes since that the two would have a bit of rivalry brewing between the pair of talented athletes.

Nick made his pro debut last year, shortly after earning his Pro Card, and made quite the splash in doing so. Alternatively, Blessing has not competed in several years, with his pro debut being derailed by the global pandemic in 2020.

Related: Nick Walker Has Made Huge Improvements 14 Weeks Out From The New York Pro

Things started heating up between these two, when both Nick Walker and Blessing Awodibu decided to compete at the 2021 New York Pro. With how much hype is behind Blessing, Nick took an opportunity to throw a fairly friendly barb at the Irishman.

After trading some seemingly friendly comments on Nick’s Instagram posts, Walker took things to another level. In a video to his Instagram Story, he had this to say:

“Blessing is not going to get a blessing at the 2021 New York Pro.”

This prompted a response from Awodibu, who posted his own video to Instagram. Alongside Kai Greene, among others, the bodybuilder simply laughed hysterically at the comments that Nick made.

Firing back at Blessing, Nick responded by having him and his coach read some of the comments on Blessing’s video. The ones they picked out were not exactly supportive of Awodibu.

“I could make a video back, but it seems like everyone knows who’s going to win. Hashtag your fans aren’t loyal,” Walker said.

Aside from the fact that he made a video to say that he wasn’t going to make a video in response, Nick then followed this up with a meme to mock Blessing a little more.

Next, it was time for Blessing Awodibu to fire back in Nick’s comments. After Walker posted a physique update, Blessing mocked Nick for the way he looked, telling him to delete the post, and even bringing Nick’s coach into it.

Following these comments, Walker responded with one last Instagram video to put an end to this back and forth. He says that he is going to focus on himself instead of petty squabbles with Blessing.

“It was fun while it lasted, but I’m a pro bodybuilder. I hold myself and my sponsors to a much, much higher standard than this,” Walker said.

“So from here on out, you will not hear anything come out of my mouth about Blessing anymore. I’m just going to let my work, and when it comes down to it, show day, do the talking.

The beef between Blessing Awodibu and Nick Walker will come to a head at the 2021 New York Pro, set to take place May 15th. It will be interesting to see which of these prospects comes out on top in this show.

Read Also: Blessing Awodibu Plans To ‘Shock The World’ With His Pro Debut: ‘Everybody’s Going To Hate The Boogeyman’