The future of powerlifting looks very bright with young lifters like Jordan Mica growing up. 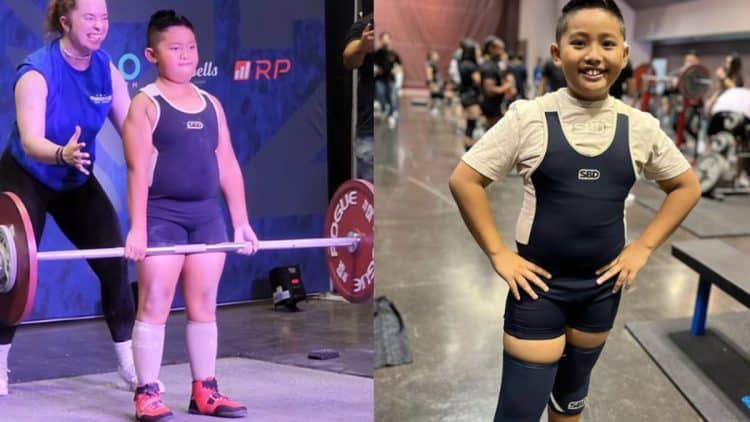 The sport of powerlifting is open to everyone, regardless of their age. The fact that some older athletes steal the spotlight has been demonstrated numerous times. The sport of powerlifting has also attracted some extremely young athletes, whose feats of strength provide hope for the future. A good example of this is Jordan Mica, who is just ten years old but is already making significant strides in the powerlifting world.

Jordan Mica recently made an appearance at the 2022 USA Powerlifting (USAPL) California State Championships, taking place on August 13-14, 2022, in San Jose, CA. This has been Jordan’s greatest official performance yet, since he scored all new raw competition PRs and two California State Records in the 52-kilogram.

Jordan Mica opened the competition up with a massive 72.5-kilogram (159.8-pound) squat, which bested his previous competition PR by a massive 10 kilograms (22 pounds). It is also a new Youth 2 (10-11 Years Old) California State Record according to Jordan Mica’s Instagram.

For the final event, Jordan locked out an 85-kilogram (187.4-pound) raw deadlift. Apart from it being 10 kilograms (22 pounds) over his PR, this deadlift is also a new U52KG California State Youth 2 Record.

Overall, Jordan Mica’s Total came out to 195 kilograms (429.9 pounds), so he is extremely close to the incredible 200-kilogram (440.9-pound) milestone. Soon, he will be able to claim this achievement, as well as many others in the years to come.

Jordan’s bodyweight at the time of this competition was exactly 50 kilograms (110.2 pounds).

The 2022 USAPL California State Championship was Mica’s 7th time competing in a sanctioned powerlifting meet, and he has so far won every one of those. Jordan started competing at the age of 7 years old, so despite his very young age, he already has a few years of experience.

Jordan Mica enjoys doing powerlifting and being surrounded by people who share the same passions as him, which is displayed on his Instagram profile. In addition, his parents are very supportive, so it is very likely that he will grow into one of the most successful powerlifters of today.