Joseph Baena Runs Through 405lb Deadlift Like It Is Nothing 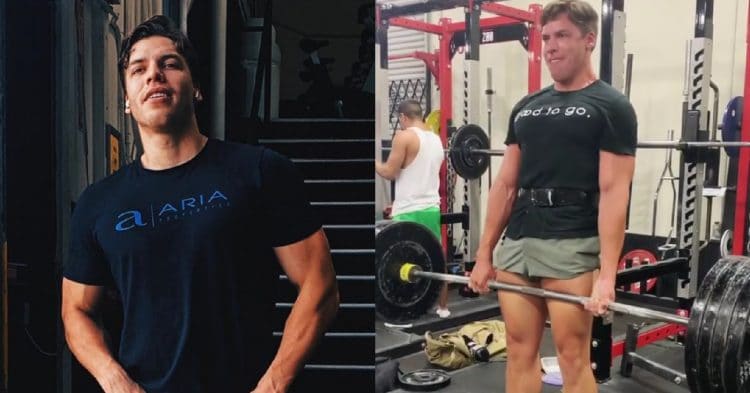 As the son bodybuilding icon Arnold Schwarzenegger, the expectations seem to always be high for Joseph Baena. That does not seem to bother him though, as he showed off his strength in the gym recently.

As much as Baena is working to create his own legacy as an athlete, there will always be the comparisons to his father. Of course, he has embraced this to a certain degree, even giving some of Arnold’s classic bodybuilding poses a try. Even though he is rather early in his bodybuilding ventures, he has done well to live up to the family name.

Evidence of this was seen big time recently, when Joseph Baena took to his Instagram. He is no stranger to posting training footage to his social media, but this was his first post since being able to get back to training in the gym. It is clear that he is making the most of it too, as he can be seen blowing the doors off of a solid 405lb deadlift for four reps, making it seem effortless.

“First time deadlifting in a little while… all I know is that I should have gone for 4 more. 🤦‍♂️”

Baena says he could have gone for four more reps, and judging by how smoothly he pulled the first four, it is hard to argue with that. He cleanly hit the lift, showing solid technique and form. For it to be his first deadlift in a while, he did pretty well.

It is pretty clear that Joseph was excited to be back in a gym to do his training. His previous updates saw him doing work on a rooftop, with a makeshift setup. Although he was clearly able to get some good training in, nothing beats being in a normal workout environment.

Joseph Baena continues to show us that he is more than just a name, and that he is a great athlete all his own. Even though we already knew how skilled he is, seeing this training footage is a nice reminder.