Life and Accomplishments of Juan Morel 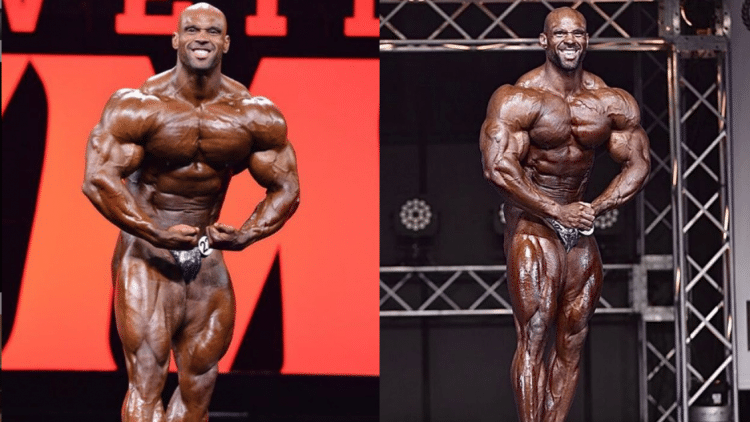 Juan Morel is a bodybuilder who has been making a name for himself recently. This is his life story, diet, training regimen, and more.

Juan Morel was the first generation American son of a couple from the Dominican Republic. His parents moved to Manhattan, New York, in search of a better life. It was here, that they gave birth to Juan. Despite the fact that they were not originally from the U.S., they were still living around a lot of their family. Living with his aunts and cousins, gave him an early start with his competitive nature.

Morel began competing in sports as a child, trying various pursuits. However, he found the most success playing handball. This was something that he played at a high level, until the age of 22. In addition to that, he also had some victories inside the world of boxing. According to him, he never lost a bout, following the start of his training at a gym nearby his house. His run in boxing is actually what introduced him to the world of weightlifting.

Juan Morel began finding a love for bodybuilding when being influenced to hit the gym to gain weight for boxing. As a result, he started hitting the weight room, and began to enjoy seeing the changes in his body. Subsequently, Juan was left with a choice to either continuing pursuing boxing, or to switch his attention bodybuilding. Citing his love to gain mass, and a desire to see how big he can get, he chose the latter.

Morel made his amateur bodybuilding debut in 2007, at the East Coast Championships. Ahead of the contest, he adjusted his diet and nutrition to add some more bulk. In the end, it would not be enough to earn the win, but he would still get a solid 2nd place. He would follow this up, with another 2nd place at the 2008 Eastern USA Bodybuilding Figure and Fitness Competition.

The first amateur bodybuilding win for Morel would come at the 2009 Northeast Grand Prix. Unfortunately, he would bounce between first and second place in his amateur contests through to 2011. He went on to compete four times that year, with his high point coming at the NPC Gulf Coast Championships. He ended up scoring a big win here, which would be enough to earn his Pro Card.

Juan Morel made his professional bodybuilding debut at the 2012 New York Pro, where he earned an impressive fourth place. However, he quickly turned this around, with a performance at the 2012 Europa Battle of Champions. He would his first professional win here, earning respect for his size and bulk.

Morel would only compete twice in 2013, with the first being at the New York Pro. Following a third place showing here, he went on to take part in the 2013 Tampa Pro. His second place showing in this event, reaffirmed his position as an exciting talent in bodybuilding.

2014 would be an unbelievably busy year for Juan Morel. He would compete a whopping eight times, with his biggest win being at the Toronto Pro. This would earn him his first shot at the Olympia, later that year. Although he did not win the event, he scored a respectable 10th place. Additionally, this was his best performance at the Olympia to date.

Morel would be active again the next year, clocking in five performances. He managed to win the 2015 New York Pro, to earn a spot at the 2015 Mr. Olympia. However the rest of the year would be lackluster, earning 11th place at the Olympia.

Following these two hectic years, Juan Morel slowed things down a bit. Unfortunately, his next bodybuilding win would not come until 2018, where he earned first place at the Toronto Pro. In addition to that, he picked things back up again in 2019, earning 3 victories in six contests. Most notably, he again won the 2019 New York Pro, as well as the Japan Pro, and Arnold Classic South America events.

Juan Morel likes to take an nontraditional approach to his training. Specifically he likes to make changes to methods that are already established, and put his own twists on it. As a result, he feels that he can better enjoy the workout.

Morel’s Training Split is as follows:

Another way that Morel takes a unique approach to his training, is in the way he trains both back and shoulders in the same day. Although he does prefer to take a two hour nap in between those workouts. As for his shoulder workouts, he puts an emphasis on doing seated presses, behind-the-neck presses (of his own design), and side-lateral raises.

Similar to other bodybuilders, Juan Morel consumes a lot of calories during the day. He typically consumes six meals a day, with an emphasis on breakfast. On the other hand, he differs from others in the sense that he does not stick to the usual combo of chicken and rice. Instead, he finds his 11,000 daily calories through other means.

Morel usually breaks his daily diet down like so:

Juan Morel is one of the most unique professional bodybuilders in the world. He loves taking alternate approaches to his training and nutrition. Moreover, he enjoys being one of the most active competitors hitting the stage.

There is some debate about how successful Morel can be as a bodybuilder. Nevertheless, he is aware of this fact, and keeps it in mind. He really loves working out, and sees competing as a byproduct of that. His mental toughness is what really sets him apart from other athletes.