If his schedule and diet allow him to train like he believes is necessary, then a 2022 return is in the cards for Juan "Diesel" Morel. 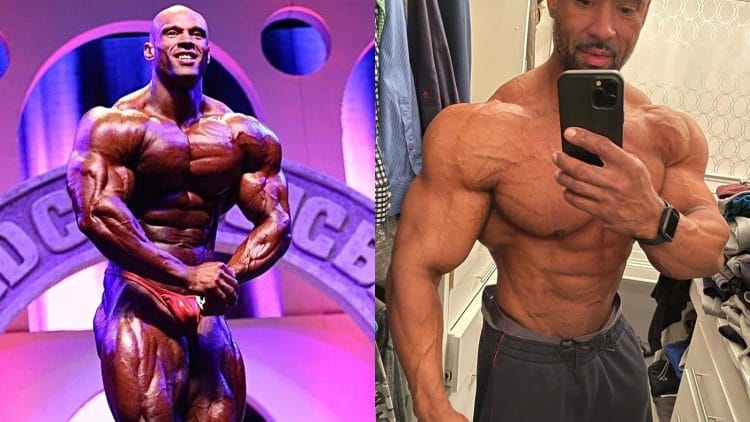 Juan Morel is optimistic about a bodybuilding run in 2022. The 39-year-old is confident that if his schedule and diet permit for the intense training necessary, fans can expect to see “Diesel” make a return to the stage next year.

While his career has been subject to ebbs and flows, it appears Morel is beginning to stabilize his footing in the sport. 2019 was a stellar year for Morel as he also managed to take gold at the Japan Pro, and Arnold Classic South America events.

With a general idea on where he sees his bodybuilding career going next year, Juan Morel shared his intentions on Instagram and gave a promising physique update.

“Here is my goal for 2022 is to get back in shape and getting ripped.
I have not been following any type of diet. It has been more of whatever I get my hands on and 95 percent of the time it’s cookies haha. And I’m not complaining it has been the best diet to follow 😂😂

But I want to get back to looking shredded so comes New Years it will be time to cut down from 4-5 cookies a day to just on the weekend. And before you guys ask am I going to compete 2022 well that answer to that is if I can get in a schedule that allows me to train the way I need to get back in competitive shape that YES. if I can’t find the time and I’m to busy I won’t be competing. The good thing is I’m still young only 39 and if I don’t compete 2022 there is always 2023.” Juan Morel shared.

While Juan Morel once again attempted a crack at Olympia in 2019, he would ultimately fail to realize a top-10 placing. Perhaps 2022 is the year to make good on his ambitious goal. The last appearance “Diesel” had in the bodybuilding world was when he placed 16th in Mr. Olympia in 2019.

While taking time away from competition, Morel’s wife started a protein cookie business. While Morel admits that his time away from bodybuilding has been spent working on the family business, it looks like that will be changing now.

Juan Morel’s social media post indicates that his return to intense training has begun in preparation for competition next year. At 39-years-old, Morel has the wisdom and wherewithal to still be a viable threat on just about any bodybuilding stage.