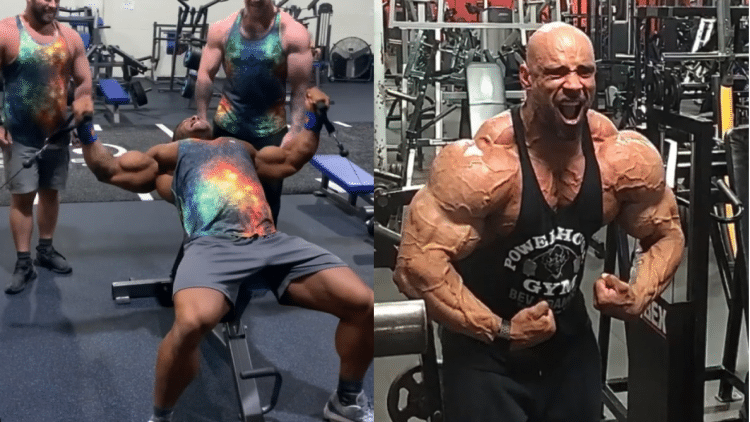 The Monsterzym Pro is coming up in South Korea this weekend. Headed into the bout, Nathan De Asha and Juan Morel have been looking huge.

One of the final shows of 2019. the Monsterzym Pro will feature a lot of talent from Korea, and the European area. However, the Men’s Open division will be featuring two big names – Nathan De Asha and Juan Morel. The two will be facing off, along with eight other competitors, as they look to come out the victors.

Ahead of the event, De Asha has been training hard. Following some legal issues preventing him from competing at the Olympia, he looked to appear at the Yamamoto Pro. However, he was unable to get the desired result there, instead earning second. Roelly Winklaar made a quick rebound from the Olympia, and won that show.

Nevertheless, Nathan De Asha is looking to perform big at this show. He uploaded a video to his Instagram, where he was showing off his workout before the event. In the video, he is looking quite incredible, and has clearly been working to close up some weaknesses he had at the last show.

However De Asha is not the only one who has been training hard for this event. Juan Morel is the other big competitor competing in Korea, and he too is looking good. Going into the Olympia, he looked ridiculously good. Nonetheless, he did not get the result that he wanted, scoring 13th.

Subsequently, Morel is looking to rebound from that disappointing performance. Just like De Asha, he also uploaded a video to Instagram, showing just how jacked he is. Judging by the footage, he should be a tough out for anybody at the show.

Both Nathan De Asha and Juan Morel are looking ready to go for the Monsterzym Pro. It will be interesting to see, when they take the stage this weekend, who ends up walking away on top.

Juan Morel is optimistic about a bodybuilding run in 2022. The 39-year-old is confident that if his schedule and diet...