Shortly after doing a crazy bench press set, Julius Maddox is back at it again benching 525lb for an incredible 50 reps 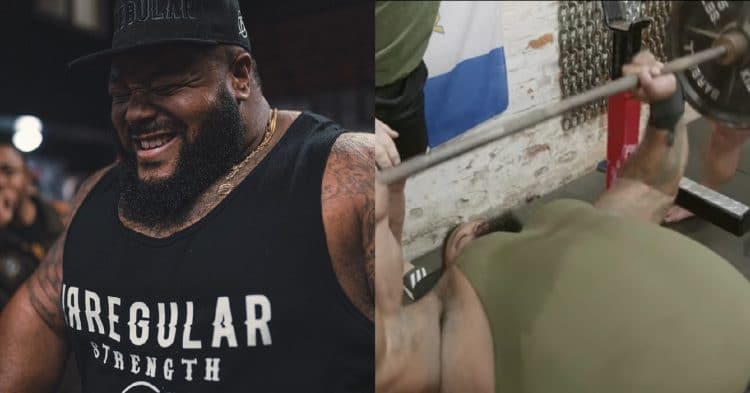 If you already thought that Julius Maddox was a beast on the bench press, you were definitely correct. However he took things up a notch with a performance recently that sent the jaws of everyone watching crashing to the floor.

Most elite powerlifters are known for having a generally well rounded game, but with a speciality in one specific lift. For Maddox, that lift is unquestionably the bench press. The Kentucky native has been unstoppable when it comes to the bench press, and was even set to attempt an 800lb bench earlier this year. An unfortunate misloading incident would lead to an injury, forcing him to unable to give a full attempt, but he still has his eyes on that goal for the near future.

In the meantime, Julius Maddox has been doing some off the wall cardio bench sessions. Recently he was seen doing 50 reps with 500lb, but he was not satisfied there. The most recent video uploaded to his YouTube saw Julius do a whopping 525lb bench press for 50 reps.

Now to be clear, Maddox did not do 50 unbroken reps with 525lb, nobody could. However he still pushed himself to the max, doing ten sets of five reps each and not giving himself any sort of legitimate break in between. So if you have something rude to say about him not doing 50 straight reps, we politely encourage you to give it a try yourself and see how it goes.

“It’s like formulas, like all these equations coming together,” Maddox said. “By the time I get done with this, I’m going to be a mathematician and I’m going to solve time travel. Whenever I open my eyes I see mathematical equations popping up.”

After that, Maddox hits the rounds with a few warm-up sets with dumbbells and pulldowns, as well as a warm-up set on the bench, he gets to work on the reps. He notes that the first set is always a learning experience on how the workout will go. He also explained how important it is to maintain a clear mindset and proper form to avoid injury. He does that, and finishes the ten sets, despite the fatigue he was feeling. He then goes on to slyly address the fans who have been bugging him about his next attempt at 800lb.

Well whenever Julius Maddox is able to attempt that 800lb bench press again, he is making sure that he is well prepared for the moment. Although the issues were not exactly his fault last time, he is prepared to do whatever it takes to get there.

Despite his enthusiasm for the gym sessions, Shannon Sharpe continues to approach them as if he is chasing another Super...