Roelly Winklaar gives secrets to improving his waist and explains his gameplan for the 2020 Mr. Olympia 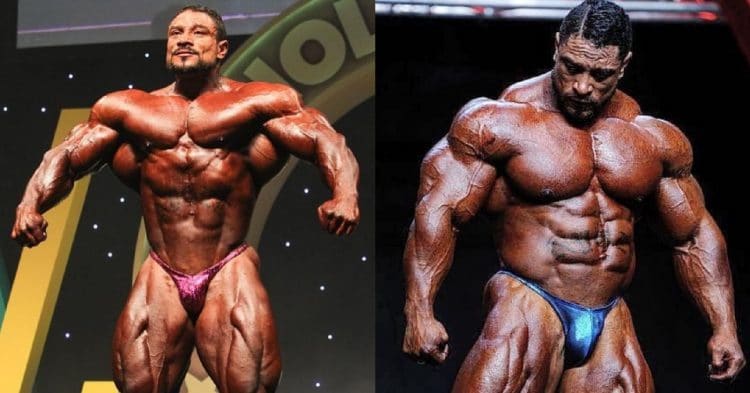 One of the biggest areas of improvement that have been seen from Roelly Winklaar over the years, has been with his waist. Now he reveals the secrets to having slimmed down his midsection, and they are not exactly what you would expect.

Despite being a fan favorite and winning shows like the Yamamoto Pro, Prague Pro, Chicago Pro, and Arnold Classic Australia, Winklaar has never quite found his groove at the Olympia. The closest he ever got was the 2018 Mr. Olympia, where he finished in third place to Shawn Rhoden and Phil Heath, winning the People’s Champion award. Unfortunately he would fail to capitalize on this success, dropping to fifth place the following year.

One of the major criticisms that have been credited for the reasons why Roelly Winklaar sometimes struggles on stage has been his midsection. Arnold Schwarzenegger famously criticized him for having a blown out midsection at the Arnold Classic. Yet over the last several months, the Curaçaoan bodybuilder has shown a vastly improved midsection, with a much smaller and fighter waist. Speaking in a recent interview, he attributed this improvement to two somewhat surprising training activities.

“My technique was using the Waist Trainer,” Winklaar said. “In the beginning everyone was saying that the waist trainer was gay and for girls, but I didn’t have another option. I don’t know anything else about how I can bring down my waist.

Winklaar makes it clear that he only uses the waist trainer when he’s doing cardio, and after training. However he explains that now he has gotten to the point where even the waist shaper is a little big for his waist. Nevertheless it is quite the improvement from where his physique once was.

With his now improved midsection, Roelly Winklaar has a lot to be confident about heading into the 2020 Mr. Olympia. With that in mind, he has been working non-stop to prepare his physique for the show. However he realizes that it is not just about being big or having a crazy physique, it is how you perform on the stage in the moment. So he can not let the mental aspect of competing effect him this year, like it has before.

“I think mentally I will take myself away from everybody around me,” Winklaar continued. “I think that’s the best option because last year all I heard was ‘You could be the Mr. Olympia,’ and I think it worked on me too much. I was nervous and I (let it get to me). If I don’t hear that I can just go and have a good feeling on stage and be in the best shape.”

With the improvements that Roelly Winklaar has made, it will be interesting to see how he looks at the 2020 Mr. Olympia. If his prep has been any indication, we can expect him to bring his best.