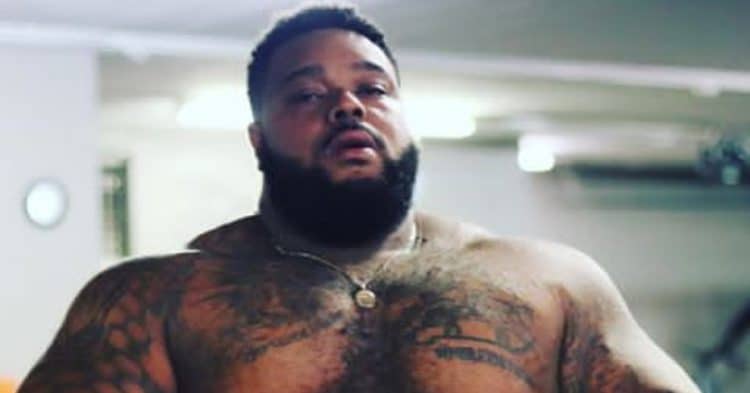 In controversial fashion, Julius Maddox was unsuccessful in his attempt at securing a 800lb bench press world record. Now following this attempt, he breaks down what went wrong, from his perspective.

There was a ton of excitement surrounding Maddox’s world record attempt. He had been working hard, and seemed primed for the heaviest bench press of all time. However a misload during his second attempt led to him getting injured, and missing the lift. It was a huge mishap that led to backlash on the Meet Director who was in charge.

Now Julius Maddox has had a few days to reflect on the situation, and what went wrong. Speaking in a recent video to his YouTube channel, he opened up about his mindset before the meet, and while he was attempting the lift. Here he explained that leading into the lift, he was feeling confident and prepared for this massive attempt. However the day of, he woke up feeling the nerves from the massive pressure that was on him.

“The day of the meet, I woke up, I was so anxious, I had a knot in my stomach. I couldn’t even eat,” Maddox said. “The warm ups went great. Timing was an issue, which things happen, I get it. They said they were going to start at 12:17, and for those of you who don’t know about prelift warm ups, the timing on those is vital. So when they cut it short, and they started at 12:06, I hadn’t even taken my last warm up yet.”

Maddox goes on to explain that he was able to get enough of a delay to get his last warm up in, before they called his name. He got hyped up, and went out for his first lift, at 722lb. His confidence was reinstated when he saw how easy he moved that weight.

“By the way 722 looked, we already knew without a doubt that 800 was in the tank. I still get cold chills thinking about that moment of the bar, the weight, everything being in my hand tight, and just thinking in my head ‘I’m about to crush this weight.’ It flew up. Pretty much the heaviest opener ever, in history, and for me it was extremely fast. It was mind blowing.”

However Maddox admits that after that lift, his chest began to cramp up. Nevertheless he was able to focus and get in the zone. He was at his peak levels of adrenaline, and was getting ready to move the 800lb bench, but the moment he raised the weight he knew something was wrong.

From there, Julius Maddox explains that he managed to collect himself and realize that even being mad, he should not lose his cool on live television. Even still, he is understandably frustrated. That being said, he is still compassionate to the people who made the mistakes.

“I’m angry. I am angry. But again, it happens. I know that these trials like this, that I’m built for this,” Maddox said. “I’ve been going through adversity my whole life.”

There can be no denying how frustrating this must be for Julius Maddox. He had worked hard, and had it taken away from him by a mistake that should never have happened. Hopefully he can keep this positive attitude and come back with a vengeance when he gives this lift another try.