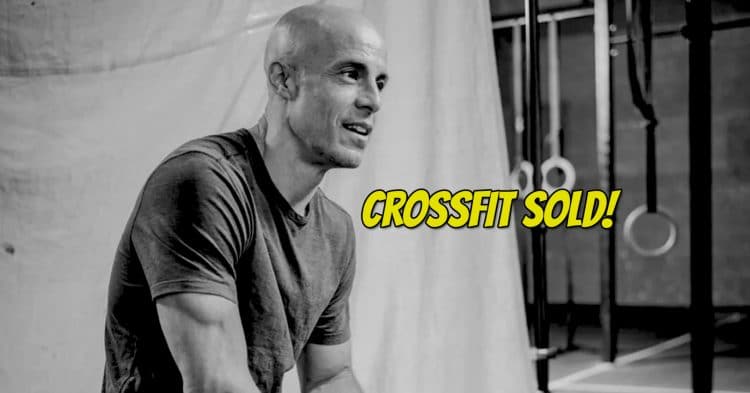 In the wake of a slew of controversies involving former CrossFit CEO Greg Glassman, many athletes were demanding that the organization get new ownership. It seems that they have gotten their wish, as Eric Roza will be purchasing CrossFit, and will be taking over as CEO.

There were several concerning comments made by Glassman, spanning from insensitive remarks about race issues, to sexual harassment allegations. This has resulted in serious unrest throughout the sport, with the company losing sponsors and affiliates. Moreover, several athletes have said they would not be competing until CrossFit was under new ownership.

It would seem that these people have gotten what they wanted. According to a tweet from acting CEO Dave Castro, CrossFit will be purchased by Eric Roza. He will be taking over the role of CEO of the company, and will be the owner moving forward.

“Very excited to welcome and partner with @RozaEric in his future role as owner and CEO of CrossFit. Eric is CrossFit to the core and he will help us take CrossFit to the next level. #crossfit”

Very excited to welcome and partner with @RozaEric in his future role as owner and CEO of CrossFit. Eric is CrossFit to the core and he will help us take CrossFit to the next level. #crossfit

In addition to this, Castro wrote a letter directed to CrossFit affilates, addressing the changes. They give a bit of background on Eric Roza. Moreover they explain that there will be a live stream on YouTube later today, to introduce him to the fans properly.

I am pleased to introduce you to Eric Roza, who is purchasing CrossFt from Greg. Once the deal is closed next month, he will be the new owner and CEO of CrossFit, and I am excited to partner with him as we enter this next stage.

Eric is one of us. He’s a 10-year CrossFit athlete and founder of CrossFit Sanitas in Boulder, Colorado. He opened boxes at his tech company, Datalogix, and at Oracle after it purchased his company. You can see his passion in every line of this New York Times story.

Eric is going to be holding a YouTube Live event at 12:30 p.m. PT/3:30 p.m. ET today to introduce himself to CrossFit affiliates. We’d love for you to join if you’re free. (The recording will also be available to watch later on CrossFits YouTube channel.)

If you’d like to share any ideas, concerns, or feedback (or just welcome him to the team), you can reach Eric directly at [email protected] Thank you for your continued leadership.”

This is obviously massive news for the sport, and is seemingly being met with positive feedback. Eric Roza will not be taking over until sometime next month, after the deal closes. That being said, it will be interesting to see how the athletes who have decided to boycott the 2020 CrossFit Games react to this big news.