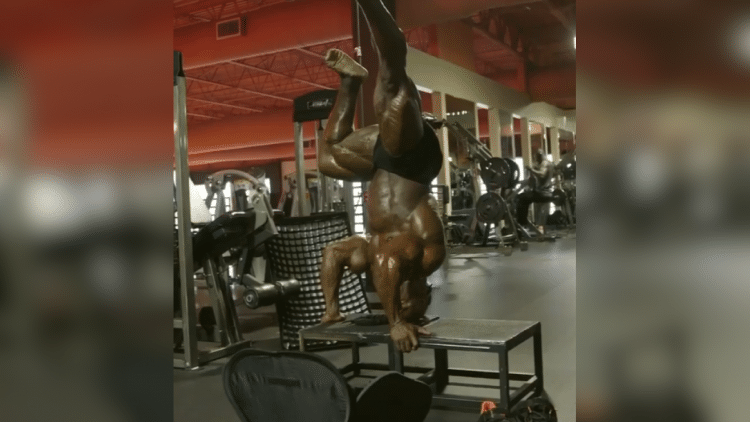 Kai Greene may have traded his bodybuilding career for acting in recent years. However, that does not mean he is not in the gym still.

Greene is one of the most exciting bodybuilders in the world. He has won the Arnold Classic, as well as having several great Olympia performances. Despite the fact that he has not competed since 2016, Greene is still looked upon highly. Every year since he has stopped competing, people have been wanting him to return. Nevertheless he has proven himself to be much more than just a bodybuilder, or even an athlete.

Kai Greene has put his bodybuilding career on hold in recent years, instead looking to a career in acting. Initially he was seen in the first Generation Iron movie, but has since moved on to the Netflix show Stranger Things. Moreover, he revealed that he is working on a movie, which stopped him from competing in the 2019 Mr. Olympia.

However, Greene showed in a recent Instagram video that he is still constantly in the gym. In the video, not only is he showing that he still has been practicing his bodybuilding poses, but he put a twist on it. In what he dubbed “#YOGA” Kai Green balanced himself on a bench, in a handstand pose.

Considering the fact that typically bodybuilders are not known for their flexibility and mobility, this is even more impressive. Greene put on a display of physicality that is crazy for anybody, especially someone as large as he. However, the idea of finding creative ways to show off his great physique in nothing new for the New Yorker.

It is still unsure when or even if Kai Greene will be competing again. He has found a way to be successful without it. Although he has hinted at a possible return in 2020. Nevertheless, it is clear that he still has a love for fitness, and still takes his training seriously.