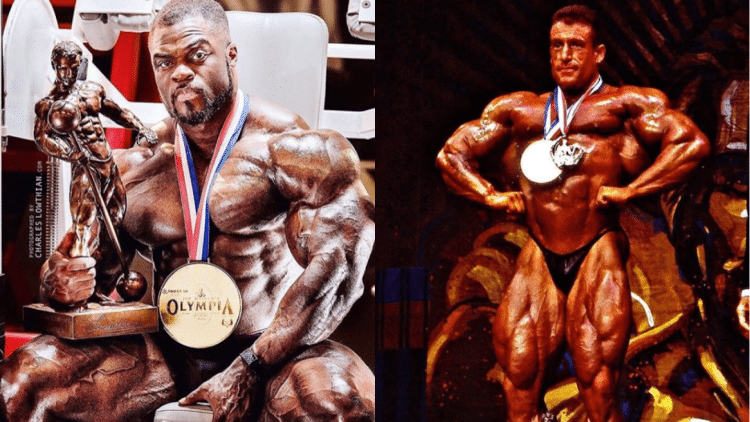 Dorian Yates was recently quite critical of Brandon Curry, and the 2019 Mr. Olympia. Now, Brandon has had the time to think and respond to those comments.

Yates was recently asked about the 2019 Mr. Olmypia, in an interview. There, he said that he felt the competition was not as good as it once was, and that things were better in his generation. Moreover, he said that the athletes competing in this year’s competition lacked the size of the bodybuilders that he is used to.

Following that, Yates was asked about the 2019 Olympia champ, Brandon Curry. When asked to critique Curry, Yates was again fairly critical. He said that Brandon had good stature and size, which likely won him the competition. However, he is lacking in some definition and conditioning that Yates felt was unacceptable. Furthermore, he said that Curry had a physique that he would have had six weeks out from the competition, and that in his day, Brandon would not have even made the top six.

Now, shortly after these comments, Brandon Curry has responded.

FitnessVolt reached out to 2019 Mr. Olympia directly to ask for a statement, and he was kind enough to respond. In the statement, Curry is pure class, and nothing but respectful.

What can I say to all of that? First off, Dorian simply answered questions that he was asked by the interviewer.

And he gave his opinions. Can’t be mad at Dorian for that. Let him have what he accomplished in his day and if my win is able to bring him relevance in present day through a comparison of himself to me then so be it.

Opinions are just opinions. Some are constructive criticism and and some are just unproductive. It is what it is.

Personally I could never imagine comparing myself and what I am able to accomplish now to whomever is crowned 20 years from now.

My time is NOW.

I live in the present. All that matters at the end of the day is that I secured my win. I’ve got work to do, and I’m staying focused on it.

My feelings don’t get butt hurt about all this stuff. Not sure what/why everyone is saying to much but hey…I guess I must’ve doing something right.

Truly, Brandon Curry was nothing but respectful to Yates, and the things he accomplished. He completely understood the perspective that Yates was coming from, and is just happy to be himself. All in all, this was about as perfect response as one could ask for from the 2019 Mr. Olympia.