After hinting that a comeback could be imminent, Kai Greene recently gave a glimpse of his physique with a posing video 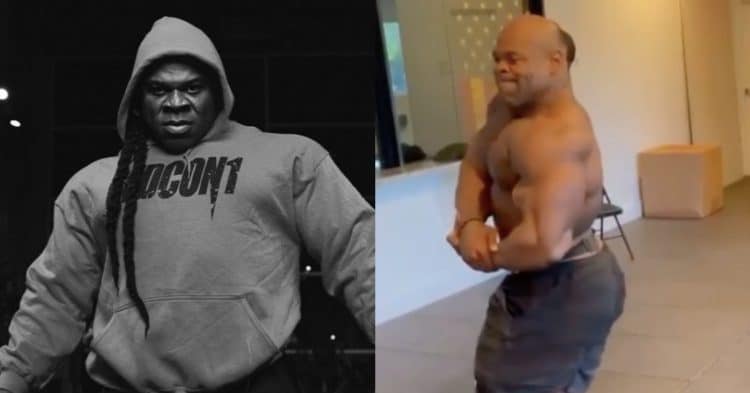 The last couple of weeks have seen rampant speculation that Kai Greene could be looking to make a return to competition. These rumors have gained more steam following a recent posing video of the bodybuilding champ.

There is a bit of fatigue among bodybuilding fans, when it comes to Greene constantly flirting with returning to competition. It seems like a year has not gone by without him flirting with a comeback since his last competition in 2016.

The most recent edition of this came after Kai met with Dan Solomon, sparing discussions about a potential Olympia run. The three-time Arnold Classic champ last stepped on the Olympia stage in 2014, when he was a runner-up to Phil Heath.

However Kai Greene recently added fuel to the fire when he teamed up with another Arnold Classic champ recently. A post to his Instagram sees Kai in the gym working with Classic Physique competitor Alex Cambronero.

While in this post, Kai does not mention anything about competing again, we get to see the first glimpse of him posing in a long time. Standing side-by-side with Alex, the pair run through the gauntlet of different poses and we get a good look at the current condition of Kai’s physique.

“Posing with the Arnold champ @fello_cambronero 🏆 The brotherhood of the @redcon1 family is like no other.

A number of fierce competitors want the crown, but not everyone is willing to bleed for it! Here at @redcon1gym is where kings are made 💯 Together we rise 💪🏾”

To be clear, Kai Greene is always a mass monster, and always will be. That being said, he looks gigantic here, especially with his lats looking huge as the leak over his side.

With that in mind, it is worth having a serious discussion about whether or not he will make a comeback, and how he would do if that does happen. Obviously he has the mass to take on most competitors onstage, but there is a lingering question as to how he would look next to Big Ramy.

Aside from that, Greene has been grinding really hard over the last few weeks. Even if he is not going to come back and compete sometime soon, he has been putting in the work to keep getting his gains.