Former 212 Olympia champ Kamal Elgargni reveals that he caught COVID-19 after the 2020 Mr. Olympia, and felt so bad he thought he would die 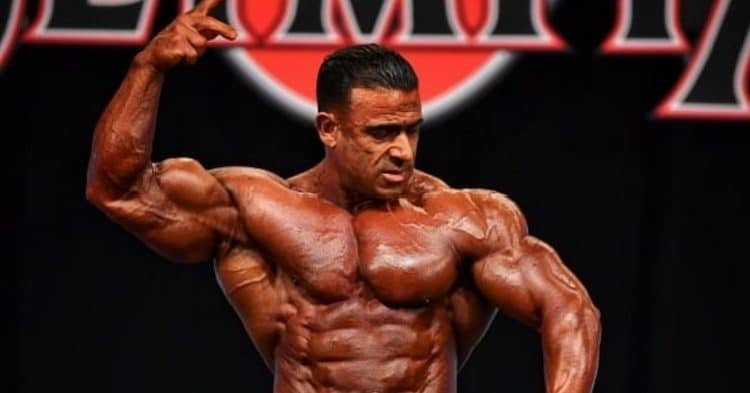 The 2020 Mr. Olympia was a complicated contest to hold, due to the looming threat from the global pandemic. Former 212 Olympia champ Kamal Elgargni revealed that he actually caught COVID-19 at the contest, and things got really scary for him.

There was a lot of attention on Elgargni heading into the 2020 Olympia. Of course, that makes sense since he was coming into the contest as the reigning and defending 212 Olympia champ.

In the end, Shaun Clarida would score the upset and win the 212 Olympia, with Kamal ending up in second place. That being said, the Libyan bodybuilder still displayed a serious amount of improvement at the show.

Following the 2020 Olympia, nobody heard much out of Kamal Elgargni. Speaking in a recent interview, he revealed the reason for his absence as being that he contracted COVID-19.

According to Kamal, he believes that he caught the virus while hanging out in the crowd during the Open finals on Saturday night. This led to him feeling poor immediately after, and eventually to a covid diagnosis.

“Saturday after I went to see the Open class, I think that’s where I got it,” Elgargni explained.

“I think I got it that day because I’d been watching with the crowd. Everyone was taking pictures and crowding around me, it was busy. Then when I went back home, I felt bad. I felt really sweaty and I wondered what was going on.”

Elgargni explained that he went to sleep back at the hotel and had trouble waking up the next morning. He woke up feeling sick and had to rush out of the hotel because he overslept.

He went to see some fans, despite not feeling well, because he took some medicine that had him feeling a little better. Then he headed to the airport, but had trouble staying awake while driving, despite downing energy drinks and coffee.

“I went to the airport and I felt really, really rough,” Elgargni said.

“I called my wife and I said ‘Hey, I don’t think I’m going to make it.’ She said ‘What are you talking about?’ I said ‘I feel really bad, I’m going to die.’ I sweat that’s what I told her. I felt really bad.”

Kamal Elgargni planned to try to get some medicine on the flight, but slept  almost the entire way. He felt a little better after resting, but felt worse again the next day. So he set up a private test and found out he had COVID-19.

“Two days later, my wife got it and she’s got it even worse than me” Kamal explained.

“I lost my taste, I lost my smell, I was heavy breathing. Muscle ache and bone ache, those were the symptoms I had.”

He says that he called doctors about his wife, but they said to just let her rest unless she stopped breathing.

“I swear, I wouldn’t give it to no enemy,” Elgargni said. “I know I got it mild, but it’s really, really, really bad. It’s very scary. Everybody has to be very careful because it’s not a joke.”

As scary as that situation must have been, Kamal Elgargni says that he and his wife have fully recovered. Now he is back to the gym and training, feeling back to his best.

“Now everybody’s okay. I went back to training last week, I have trained all this week, so I feel back to normal.”

On top of that, Kamal even says that he was able to maintain his clean diet after the Olympia, despite the coronavirus concerns. So now he can return to training, without having lost much ground on his conditioning and physique.

That must have been a terrifying time for Kamal Elgargni and his wife. Luckily he has had no long lasting side effects to the best of his knowledge, but this was still an ordeal to persevere through.

Hopefully hearing stories like this gives people more of an appreciation of the sacrifices these athletes are making. Not to mention, it helps us understand why it is so important to have proper safety regulations in place at these big shows.