Life and accomplishments of Kamal Elgargni. 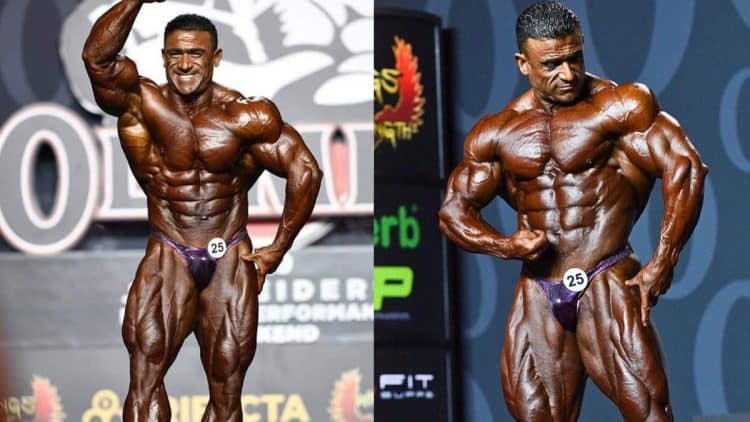 Kamal Elgargni is a Libyan-British professional bodybuilder competing in the 212 division in the IFBB Pro League. Elgargni is one of the most accomplished 212 bodybuilders, having won the 212 Olympia (2019) and 212 Arnold Classic (2018). This is his complete profile, biography, training regimen, diet plan, and more. 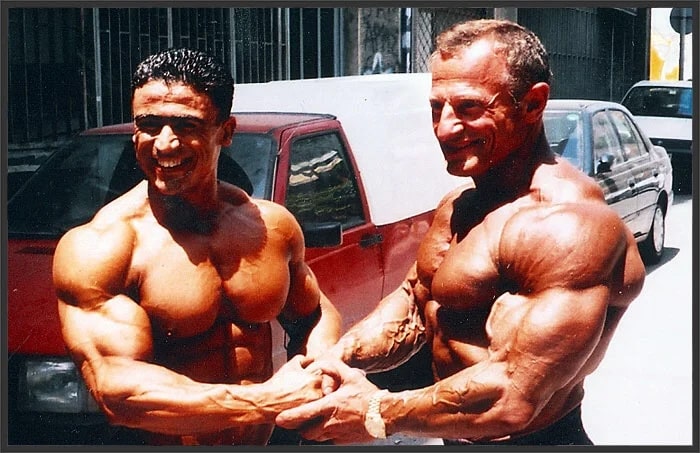 Kamal Abdulsalam Elgargni was born on Nov. 21, 1971, in Tripoli, Libya. Elgargni has one of the most inspirational stories—it’s a tale of a man who wouldn’t give up his passion for competitive bodybuilding no matter what bodybuilding leagues—or even his government—threw at him.

Elgargni, originally from Libya, started training in 1993 and won his first competition—the Libyan championship (70KG class) in 1994. However, in 1997 he moved to Malta before finally settling in the United Kingdom.

After moving to the UK, Elgarni started competing under the British flag and won the 2001 NABBA Britain in his height class.

Elgargni competed under the Qatar flag from 2003 to 2017. How Elgargni—a Libyan national—landed ended up in Qatar is a story in itself.

Qatar hosted the Asian Olympic Games in 2013 but didn’t have good bodybuilders on its lineup. They asked their bodybuilding coach (a Libyan) to get them good bodybuilders in exchange for the opportunity to compete at the national level and Qatari citizenship. A NABBA world champion, Elgargni fit the bill perfectly.

A Small Stint at the IFBB

Before he got his pro card in 2018, Elgargni received an invite to compete at the 2003 Night of Champions (now New York Pro) by Wayne DeMilia (Mr. Olympia promoter between 1984 and 2003). The Lion of Libya had won the IFBB Amateur UK, which qualified him for the show. However, Elgargni failed to make a statement at the contest, taking home a humble twenty-first spot.

After Elgargni placed twenty-first out of the forty-one competitors, the Libyan bodybuilder told his peers that this would be his first and last show. Elgardni competed at the 2003 Nights of Champions in the Open division weighing only 75 kilograms (165 pounds).

At that time, there was no 212 division in the IFBB, and the Lion of Libya felt he could not hang with mass monsters like Victor Martinez, who won the 2003 Nights of Champions. Had Elgargni known what a mess it would be to return to the IFBB, he probably would never have surrendered his pro card.

Elgargni’s return to the amateur division lined perfectly with the opportunity to represent Qatar in 2003 at the Asian Olympics, which he grabbed by both hands.

Why Stay at the Amateur Level?

When most people hear Elgargni’s story, they wonder why he chose to stay an amateur. However, if you understand the ground reality and take emotions out of the equation, the Lion of Libya made the right decision by sticking to the amateur league.

It is no secret competing in the IFBB Pro League isn’t a lucrative career. Most bodybuilders struggle to make a living, and only a few at the top level make enough by way of contest earnings and sponsorships to afford a luxurious lifestyle.

However, the Libyan bodybuilder always had an entrepreneurial side and understood the business side of the sport. Per Elgargni, the Qatari government paid a bodybuilder $150,000 for winning a world championship, which he did a total of sixteen times.

Plus, the Qatari government paid for a bodybuilder’s accommodation and transport and took care of all other expenses. So, staying in the amateur division was very lucrative for Elgargni.

Many bodybuilders in the Middle East are paid by their governments for staying in the amateur ranks and representing their country in World Championships.

For some reason, the Asian Bodybuilding Federation shut shop in 2011, and Elgargni decided to return to England. Elgargni had shifted his base to Qatar to save himself the inconvenience of traveling to and fro between the countries.

However, the first Libyan Revolution ended in 2011, and Elgargni decided to compete under his home country’s flag. He won the three shows he competed in that year.

With the World Championships gone, his age catching up to him, and achieving financial freedom, Elgargni finally decided to go for his IFBB Pro card again in 2011.

However, the IFBB—probably under pressure from the Libyan government—wouldn’t give him his pro card.

Things took a turn for the worse when IFBB banned Elgargni for two years in 2011. Elgargni appealed his ban and was allowed to compete under the Libyan flag after a year-and-a-half-long suspension. He won the IFBB World Amateur Championships in 2013.

On demanding his rightful pro card, the IFBB representatives in Libya, supposedly on the government’s behest, told him they were unhappy with his appeal process and banned him for life from the organization in 2013 without any paperwork or solid reason.

A Blessing in Disguise

Elgargni was allowed to compete again when the IFBB split into two separate entities (IFBB Elite and IFBB Pro League) in 2018. After the split, the Lion of Libya spoke to Jim Manion (President, IFBB Pro League), who lifted his ban and invited him to compete at the 2018 Arnold Classic.

After Elgargni was granted his pro card, he won the second biggest bodybuilding show—the Arnold Classic in 2018 at the age of 47. Most pro bodybuilders contemplate hanging up their posing trunks at that age—if they haven’t already.

Elgargni managed to secure a third-place finish at the 2018 Olympia. He shocked everyone with his improved physique at the 2019 Olympia and won his maiden 212 Olympia title, beating the likes of Derek Lunsford and Shaun Clarida.

Why Elgargni was Handed the Ban in 2011

According to the IFBB rules, bodybuilders competing in its shows had to be tested for doping randomly. However, the WADA (World Anti-Doping Agency) protested and wanted to test every bodybuilder. This fiasco led to the Lion of Libya being banned in 2011 for two years without even being tested positive for doping.

While amateurs need to undergo WADA testing, professional bodybuilders do not have such obligations, which paved the way for Elgargni to compete in the IFBB Pro League in 2018.

Given below is the Lion of Libya’s competition history starting from 2001:

Having been training for almost three decades, Elgargni understands his body well and uses a combination of machines and free weights in his training routine to get the best bang for his buck.

The Lion of Libya trains six days a week and might perform abs and calves workouts on his active rest day to speed up his abdomen and lower body gains.

During his contest prep, Elgargni eats six meals a day while avoiding cheat meals. On the other hand, during the off-season, Elgargni ensures he is getting at least eighty percent of his daily calories from nutrient-dense whole foods.

In 2022, Kamal Elgargni revealed his plans of competing in the Open division. He finished runner-up behind Akin Williams in his debut Open contest, the 2022 Tampa Pro. Furthermore, he took a respectable fourth place at his second show, the 2022 Texas Pro. The Lion is Libya is scheduled to compete at what could possibly be his last Open show of the year, the Ronnie Coleman Classic, later this year.

However, if he wins the Ronnie Coleman Classic, he’ll be sailing in the same ship as the 2020 212 Olympia Champ Shaun Clarida, who won his Open division debut—the 2021 Legion Pro. Clarida is yet to reveal which division he’ll be competing in at the 2022 Olympia, scheduled for Dec. 15-18 in Las Vegas, NV. As per the Olympia Qualification System (OQS), an Olympia champ gets a lifetime qualification to compete in their division. Plus, an athlete could qualify for the Olympia by winning a pro show in their desired division.