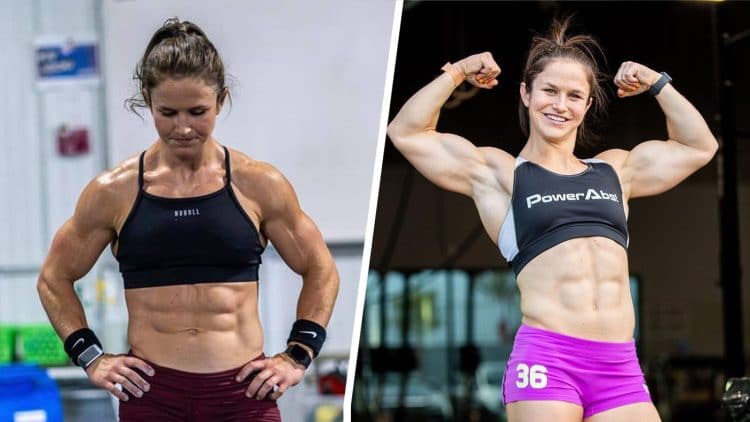 CrossFit athlete Kari Pearce announced her retirement from the CrossFit competition on October 22nd, 2021. The 32-year-old made her debut at CrossFit Games 2015 and she has remained active in the competitive sphere for the last seven years. Pearce won the Bronze medal at the 2020 CrossFit Games and missed the opportunity to build on the momentum as a positive Covid-19 test forced her out of the 2021 CrossFit Games.

Kari Pearce announced the news on her Instagram account and stated that the upcoming 2021 Rogue Invitational will be her last competitive appearance as a CrossFit athlete. A carousel of photos in the post showed some of the most significant moments of her career including the podium finish at the 2020 CrossFit Games.

“Next weekend, The 2021 @rogueinvitational will be the last time I step on the CrossFit competition floor! I’ve been so fortunate to have been competing for the past 7 years with many of the greatest athletes (and people) in the world!” Kari Pearce wrote in the caption.

Kari Pearce has started her business PowerAbs in 2020 which is a 30-day program to develop abs. Pearce stated the desire to focus on her business as the reason for her retirement from the sport.

‘Every athlete reaches this point in their career and it’s time for me to now move my full focus to my business.’ Kari Pearce wrote in the caption.

Since making her debut at the 2015 CrossFit Games, Kari Pearce competed in the CrossFit Games seven times. Remarkably, she finished in the top 10 on five of those occasions. The Bronze medal in the 2020 CrossFit Games marks the pinnacle of her achievements. However, Pearce did incrementally well in the years prior as she finished 6th in 2018 and 5th in 2019 and 2016.

Kari Pearce defeated Kristi Eramo O’Connell to win second place at the 2021 West Coast Classic semi-finals. Her performance showed promise before she had to be pulled out of the Games.

Kari Pearce was two spots shy of achieving the podium finish heading into the final event. Named Atlanta, the event consisted of 100 handstand push-ups, 200 single-leg squats, and 300 pull-ups sandwiched between two one-mile runs. Atlanta was advertised as the hardest event at the time. In an extraordinary display of grit, Kari Pearce finished the event faster than every man and woman on the field. The 47:56.6 finish enabled Kari Pearce to beat Haley Adams and win the Bronze medal. Her victory ended the dry spell for American women at CrossFit Games.

The 2021 Rogue Invitational will be held in Round Rock, Texas from 28th to 31st October. In addition to the CrossFit competition, the event will also feature its inaugural Strongman competition and CrossFit Legends competition.

As of now, the prize purse for the CrossFit competition winner stands at $250,836. If Kari Pearce wins the prize, it will be a happy ending to an already remarkable career.