The roster of ten athletes competing at the 2021 Rogue Invitational has been released, and it features some familiar names 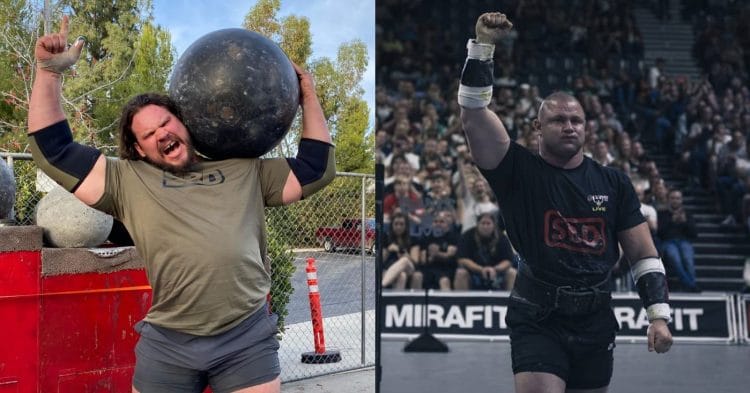 The 2021 Rogue Invitational strongman competition goes down October 29th-31st, at the Dell Diamond Stadium, in Round Rock, Texas. Ahead of the contest, the prize money and roster have been revealed, and it features some exciting names.

This year will mark the third time the Rogue Invitational has taken place, although this is the first year the competition will feature strongman action. Fans can expect a ton of excitement too, as it will take place in an arena that can house a whopping 12,000 people.

While details on the events at this three-day competition have yet to be revealed, there have been some interesting developments recently. This adds to the Instagram post that revealed the roster of ten strongmen that will throw down in Texas this fall.

There have been ten athlete confirmed for competition at the 2021 Rogue Invitational, and among them are some big names. Brian Shaw will compete, as well as 2021 WSM winner Tom Stoltman, which means these two will go head-to-head again for the first time since their closely contested battle earlier this year.

Additionally, fans will see the return of lineal World’s Strongest Man Martins Licis, who has not competed since the 2020 Arnold Strongman Classic, due to a variety of issues. On top of that, fan favorites Rob Kearney and Mateusz Kieliszkowski will be competing as well.

Here is the full roster for the 2021 Rogue Invitational:

As far as the prize money goes for the 2021 Rogue Invitational, there is a bit of a unique format. However this will lead to one of the biggest payouts in competitive strongman history.

The prize money is a combination of the initial funds of $975,000, as well as Bitcoin in the sum of $275,000. Added to that will be a portion of the ticket sales, which at the time of writing brings the total payout to $1,367,732, although that will increase as ticket sales go up.

Here is a breakdown of the current prize money payout for the Rogue Invitational, as well as the percentage of ticket sales each person will receive. Note that this number is subject to change.

As if the 2021 Rogue Invitational was not exciting enough as it is, this roster of athletes and massive prize payout makes this one of the most intriguing contests of the year. Stay tuned to Fitness Volt for more details, as subsequent information becomes available.