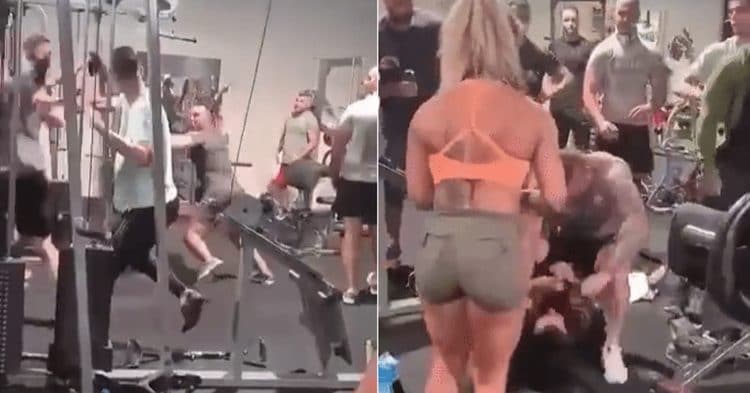 Well…here’s something you don’t see every day. People starting fights in the middle of a gym. The short TikTok video was posted yesterday and quickly gained traction on TikTok and other various social media outlets. As you can see, the video jump right into what looks like an escalating scuffle between (at least) two men.

The video follows a very angry-looking individual who grabs a handle from a triceps pull-down machine and starts swinging it like he is Mel Gibson raging into the battle for Scottish Independence.

Unfortunately for Mel Gibson, he messed with a much bigger and apparently much stronger foe.  As soon as he starts swinging the handle, the big dude blocks the hits and starts hitting back. The tides quickly turn on the “Handle-wielding Man” as he is quickly outmatched by the big dude that manages to throw him on the ground, with the help of a trip over the seated row bench, and proceed to stomp on him.

The random gym goes did try to control both men from not killing each other with gym equipment, but by the time they managed to get a hold of the situation “Handle-wielding Man” was already on the ground and tasting gym shoe sole. This, unfortunately, is where the story(or in this case; TikTok video) ends.

The author of the video so far has not provided a follow-up video or any detail of the insane event that unfolded in the unknown gym.  I tried using my detective skills to find something in the comment section but I found nothing. 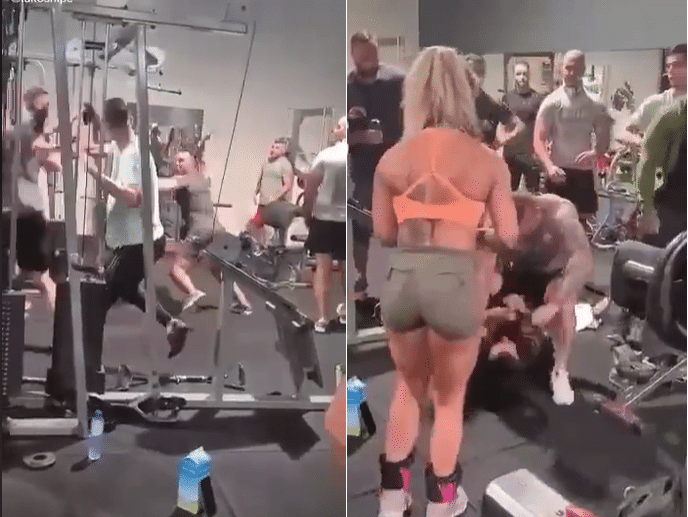 If I was to speculate, I would say this was a trivial disagreement or misunderstanding that somehow managed to escalate to a full WWE-style brawl. Even the setting fits a wacky WWE sketch with the crowded gym and one guy using random gym equipment as a weapon.

Regardless of the reasoning for this fight, gym is really the last place you should be getting into fights. If you really have personal issues with someone in the gym, settle them outside the gym or just move to another gym.