The 18-year-old Karlos Nasar is continuing to dazzle with his weightlifting performances. 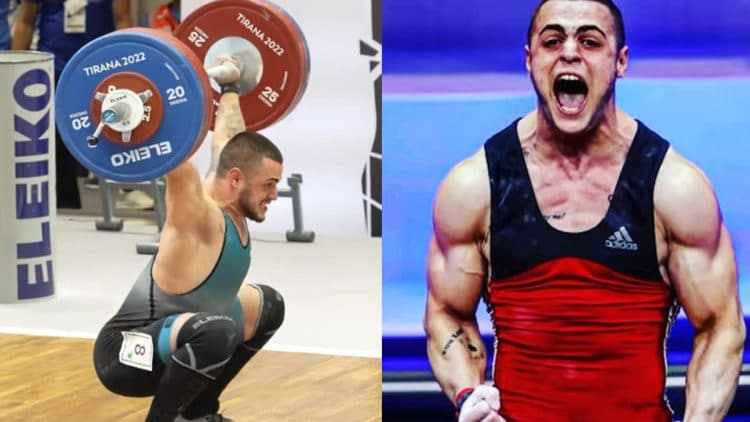 The Bulgarian sensation, Karlos Nasar, has been on the radar of most weightlifting fans for the past few years.  Nasar is only 18-years-old and is the greatest Junior weightlifter currently. He has proved that a bright future awaits him a long time ago, so now we are just watching him progress and admire his strength. Karlos Nasar’s most recent display of strength came at the 2022 European Weightlifting Championships, which took place from May 28 until June 5, 2022, in Tirana, Albania.

Karlos Nasar once again proved that he is aiming to become the greatest weightlifter in the world and justify the reputation he earned. His recent performance just added to his already stacked list of achievements. Karlos now holds a plethora of World Records across distinct age and weight classes.

Despite not winning the European Championships, Karlos Nasar can be proud of his silver medal, as the only person who beat him, Antonino Pizzolato, also holds two U89KG Open World Records. Still, it was not surprising to see Karlos Nasar put up an incredible performance since he is used to competing at the highest stage.

Karlos Nasar turned 18-years-old just a few weeks ago, which means that he still has almost two teen years. He already holds one open World Record, but is near to breaking a few more. Karlos is only going to get stronger as time passes, so it appears that at his peak he will be the most dominant weightlifter in whatever division he may belong to at the time.