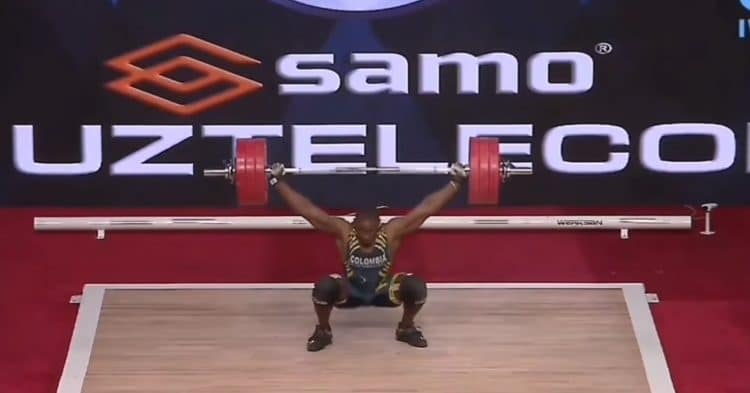 Lesman’s win in the IWF World Championships came mostly because of his snatch, as he has made a 15 kg (33.1 lbs) difference between him and the second place finisher on that lift. His second lift, which was the clean and jerk, lost him a lot of advantage, as Lesman lifted 213 kg (469.6 lbs) and the second place finisher managed to lift 9 kg (19.8 lbs) more than him, that is 222 kg (489.4 lbs). In the end, his snatch advantage was enough to get him the win.

Lesman had a Junior weightlifting career back in 2015, after which he took a break, up until this year. He has been doing something right since then, as he has won the 2021 Pan American Weightlifting Championship in the 102kg class, and is now crowned the world champion in the 96 kg category.

Lesman is certainly one of the best weightlifters in the world at the moment, and he is leveraging a lot of it from his snatch. If Lesman manages to get better in the clean and jerk, he could be in a league of his own. Not to mention that his last attempt on the snatch looked very good, and it seems like he could improve the record even more.

How To Watch the 2021 Dubai CrossFit Championship LIVESTREAM for Free