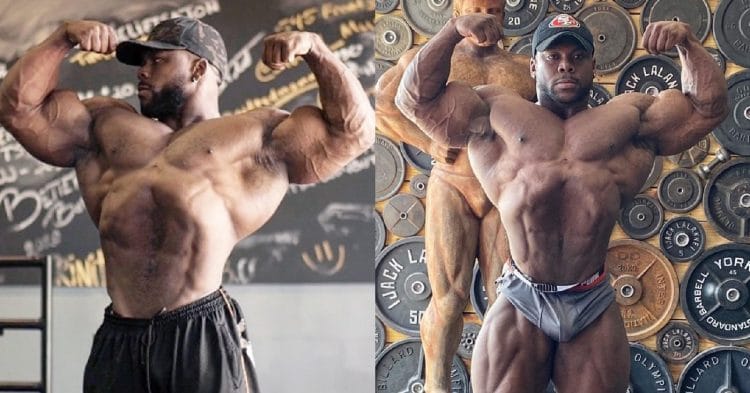 Former Classic Physique competitor Keone Pearson is preparing to make his debut in the 212 Division. Four days out from this debut, he has shared some physique updates, and he is looking jacked and ready to go.

There was a lot of uncertainty surrounding Pearson’s decision to make the move to the 212 Division. He seemed a bit undersized, only weighing around 170lb during his time in Classic Physique. Therefore a lot of people felt that this was not exactly the best decision, but were still curious to see how he looked as he bulked up. Slowly the doubters began to get silenced as he shared updates on his training and physique, showing that he was clearly putting in the work to make sure this move goes smoothly and that he is at the top of his game when the time comes.

Now it is almost time for Keone Pearson to step on stage for the first time as a 212 competitor, as he makes his debut at the 2020 IFBB Chicago Pro. Four days out from the event, he shared an update to his Instagram. The small video clip sees the bodybuilder in the middle of a back workout, and the size of his back is absolutely mesmerizing.

Keone is clearly looking like an absolute machine here. However this is not exactly the cleanest look at his physique, so we are limited in the capabilities of our judgement. That being said, the day before this update he shared a picture of him doing the front double bicep, and it is evident that he has packed on the muscle in ways that are working well for him.

“Control the things you can only control !”

To be clear this is still only a limited view of the package that Pearson will bring to the stage this weekend. The front double bicep has long been one of his best poses, so it is to be expected that he will look bricked up doing this pose now. Yet on the other hand, this does nothing to show how his lower body will look, which could cause him problems when he faces off against the stacked competition.

This move to 212 marks a new chapter in the bodybuilding career of Keone Pearson. It will be interesting to see how he looks when he makes his debut, this weekend at the Chicago Pro. Regardless of how his first outing goes, it is clear that this is something he is taking seriously and preparing hard for.