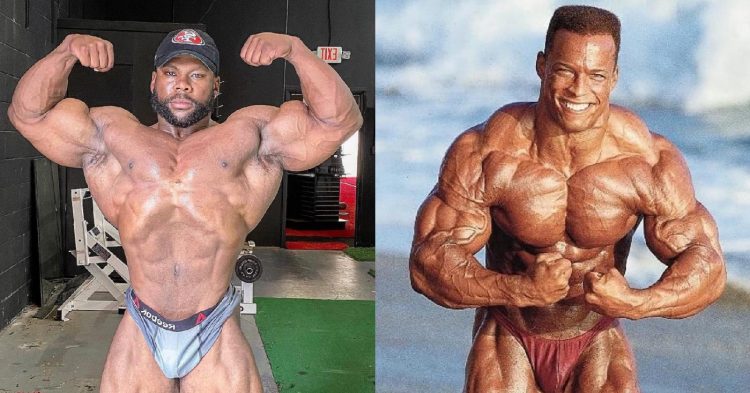 Fans are excited to see the 212 debut of Keone Pearson. Ahead of this, he details what he hopes to accomplish with his time in this division, and how he plans to sculpt his physique.

There was a bit of surprise when Pearson announced that he was making the jump from Classic Physique to 212. He was fairly successful in Classic, winning the New York Pro last year before scoring fourth at the Mr. Olympia, and he was not particularly large for the weight class. Nevertheless, he opted to make a change and allow his body to grow a little more and fill out as he gets older.

Although he initially wanted to wait a while before competing at 212, Keone Pearson has since decided that he wants to compete at the Boston Pro, in a few weeks. Ahead of this big moment, he spoke in a recent interview with Shawn Ray and Bob Chicherillo about what his expectations are for his time in this new division. Here he revealed that he expects to weigh at around 198-200lb for this show. However he hopes to grow his physique more, and even sculpt himself after the bodybuilding legend Ray.

“I’m excited. It’s going to be really good to just be able to bring the full look. Shawn Ray, I always looked up to your physique and I always resembled you physique-wise, with your roundness. So I’m definetly pushing for a look like that.

“(I’m focusing on improving) my thickness everywhere. My back, my legs, hopefully I can bring up my calves. I know that’s a genetic thing, but I’m working on my calves as much as possible. Just thickness man, honestly. I definetly want to get more up around my chest as well. Thickness and density.”

It is good to see that Keone Pearson is focused on trying to improve his thickness, rather than just putting on weight. Shawn Ray is considered to be one of the best smaller bodybuilders before 212 was introduced into competitions, so modeling himself after the legend is not a bad idea either. There are certainly some similarities between Keone’s physique and a young Shawn, although there is still some room to improve.

With Keone Pearson making his 212 debut soon, it will be interesting to see how he looks, and if this was too soon for him to make the jump. He has a lot of potential, but there are also some big names in the division. It would not be surprising to see him a little bit lackluster in this first appearance, only to make massive improvements before his second competition at 212.