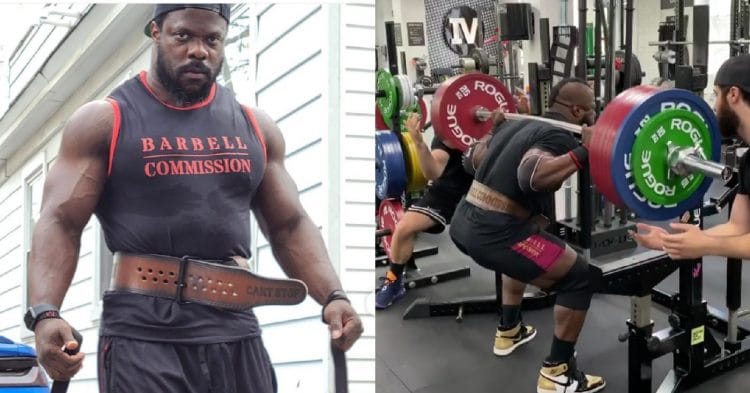 When it comes to squats, few powerlifters on Earth are as good as Kevin Oak. However he reminded us of that fact recently, with some pretty solid work in the gym.

Competing in the 110kg weight division for the majority of his seven year long career, Kevin has seen some pretty unbelievable heights in the sport. Not only has he done enough to win multiple competitions over the years, but he has even blown through world records. Just last February, he extended his all-time world record squat amount, all the way to a whopping 860lb.

It would seem that Kevin Oak has no intentions of slowing down, either. The 33-year old was recently seen in the gym, working on his squats. Although he is not hitting enormous records like he did a few months ago, he is still putting in some solid reps, easily crushing 750lb for a triple.

“750×3 / 340 kg felt good probably had another rep. New @barbellcommission gear drops tomorrow at noon est. 4 weeks out from the platform.”

That weight moved pretty smoothly for Oak with this set. He says he felt like he could have gone for another rep, and it really seems that way with how smooth the three reps went for him. He had been having some back issues about a week prior to this, so it is good to see him back to doing reps with no issues.

It seems that Oak is training hard for his next contest, which he says is four weeks away. It hasn’t just been his squats that he has been working, either. Here he is, a couple weeks earlier, pulling a strong 745lb single in his backyard.

With how talented and strong Kevin Oak is, it is always exciting to see him compete. Heading into this contest, he seems to be in tremendous shape, and ready to put on a good performance.