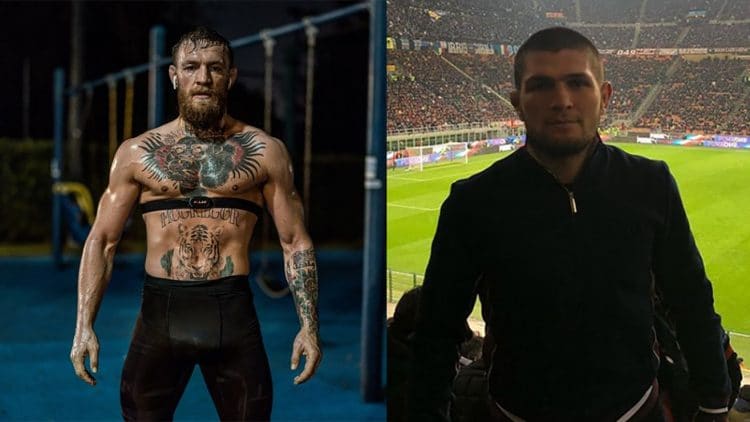 During the last few days, there was a lot of trash talk between Conor McGregor and Khabib Nurmagomedov. “The Notorious” recently wrote that “The Eagle” feared of a rematch.

But Conor then put everything to the next level when he called Khabib’s wife “a towel”. Despite Conor McGregor deleted the tweet later, it made the undefeated Dagestani angry, and he decided to teach him a lesson.

At the moment, Conor McGregor is under investigation for sexual assault allegations in Ireland. Also, a few weeks ago, a woman named Terri Murray claimed Conor fathered her child.

Khabib Nurmagomedov posted the photo of McGregor and Terri, who claimed she is a mother of one of Conor’s children, and roasted the former UFC two-division champion!

Rapist, you are Rapist.
You are a hypocrite who is not responsible for your actions. Justice will find you.
We will see.@TheNotoriousMMA pic.twitter.com/317rLK5TVN

Rapist, you are Rapist.

You are a hypocrite who is not responsible for your actions. Justice will find you.

Conor McGregor squared off against Khabib Nurmagomedov in the main event of the UFC 229 which he lost apparently but the event sold over 2.4 million PPV (pay-per-view) buys despite the infamous post-fight brawl. Their rivalry stems from pre-fight trash talk where Conor hit out at Khabib with all of the religious slurs and even insulted his family. Since then they have throw venom on each other.

There has never been such a rivalry in the history of the UFC.

But it has definitively been enough. Religion and family are two lines you shouldn’t cross. Conor and Khabib should meet inside the Octagon again and solve their misunderstandings as soon as possible because this is not fun anymore.

Please give us your thoughts on Conor McGregor Vs Khabib Nurmagomedov beef. Do you think their social media war has gone too far?

MattDoesFitness, a.k.a Matt Morsia, is a YouTube bodybuilder, known for trying different fitness challenges. This time, he gave the diet...