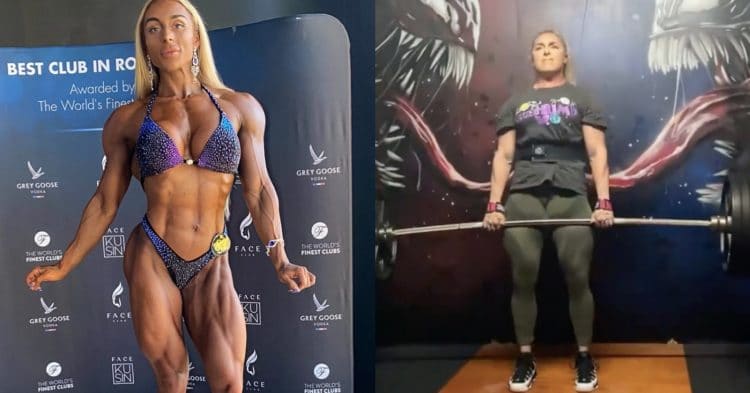 Even though she is known primarily as a IFBB Figure athlete and an online coach, Kiera Aston has an impressive ability when it comes to the deadlift. She displayed this once again in a recent training session.

There are a lot of reasons to be impressed by Jaston, in terms of her bodybuilding prowess. She became the youngest IFBB Pro in Europe and has not looked back since then.

Even at just 21 years of age, Kiera has also become a beacon of inspiration in the community, and to her social media followers. This is simply because of the insane physical transformation she went through, en route to become a Figure athlete.

However it is not just the aesthetics of Kiera Aston that deserves praise. She is also quite strong for her size, a fact that became even more noticeable after her recent deadlift session, which she posted to Instagram.

This session was an intense one that saw the young athlete pull 507lb (230kg) for two sets of a triple. Then, as if this heavy weight was not enough to impress, she followed this up with seven reps of 462lb (210kg).

This was a really strong session out of Jaston to say the least. It was clear that she was pushing herself to the limit with both sets that she shared videos of, as it was a battle to do the last rep each time.

Over the years, Kiera has built a strong reputation for her deadlifts, and the effect it has on her glutes and hamstrings. She has caught the attention of fans and critics alike for her ability to have a small waist while maintaining definition throughout her entire legs.

This is a product of the intense work she does each and every time Jaston hits the gym. Here we can see the leg workout that she was using a few weeks earlier, which covers most of the bases for her lower extremities.

All in all, Kiera Aston is still a very young athlete with a lot of potential on stage. She seems to be constantly working to improve her physique, and it will be interesting to see those results pay off as her career as a young Figure athlete continues to move forward.