Kiersten Scurlock had a career best performance at the WRPF Showdown 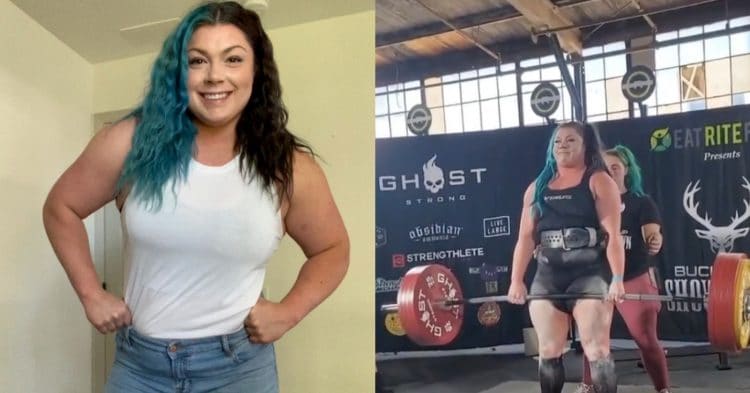 Kiersten Scurlock was one of the many athletes who had impressive performances at the 2021 WRPF Showdown. While she did not walk away with the win, she did leave with the best performance of her career thus far.

Scurlock headed into the Showdown with a lot of momentum after having some impressive performances in the gym. Ahead of the contest she was hitting PR after PR, looking like she was going to be a force to be reckoned with in the super heavyweight division.

In the end, this proved true for almost everyone, as she came in second place with a competition best 1492lb (677.5kg) total from the contest. This exceeded her previous best by an impressive 104lb.

Here is a breakdown of Kiersten Scurlock’s best lifts:

When it comes to the squat, Scurlock went 3/3 on her lifts, despite having a near miss on her second attempt. As she explained in a post to her Instagram, the 578lb squat that she ended with was her competition best, exceeding her previous by 33lb.

Went 3/3 even with a knee sleeve mishap before hand 😂

Cant help but be happy when you come back from a misgroved 2nd attempt and it moves even faster.” she captioned.

With the bench press, she not only exceeded her previous competition best by 28lb, but even surpassed her own expectations for the contest. Again, she went 3/3 on her attempts with this lift, saying that this is what she was most proud of.

Honestly most proud of this lift. We were hoping 336 would be there on meet day 😂” Scurlock explained.

Lastly was the deadlift, where she unfortunately failed her final attempt of 578lb, going 2/3 overall. Nevertheless this was still a strong performance that exceeded her previous best by 16lb.

The weight was just too heavy. That’s all. 🤷‍♀️

If I would have got my 3rd attempt I would have secured a 1503lbs total, instead we ended with 1493 which is a 104lbs total PR,” Scurlock wrote.

In the end, Kiersten Scurlock would fall short of winning this contest, coming second behind Tamara Walcott, who got a world record deadlift. Nevertheless, there is no denying that she looked absolutely impressive here, and is very well going to be a force to reckon with moving forward.