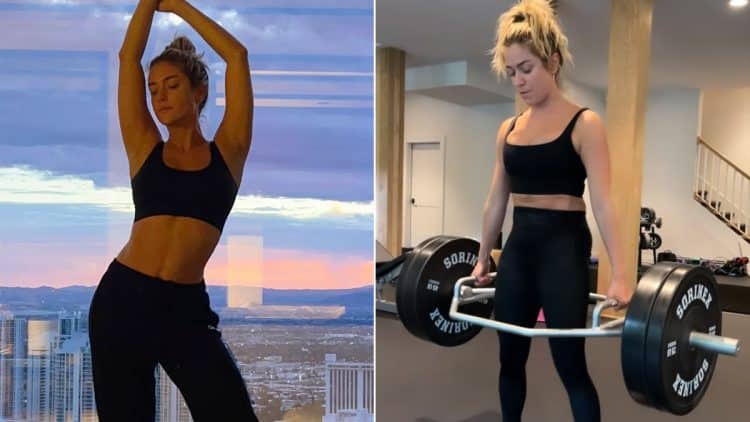 Kristin Cavallari has come a long way from her days of working for MTV. In a recent video posted on Instagram, Cavallari broke her old deadlift PR with a 185 pounds lift.

Cavallari rose to fame as a cast member on the hit television series Laguna Beach: The Real Orange County in 2004. She looked very different earlier as compared to now. During the early 2000s, being thin was culturally considered to be the best-looking physique. Cavallari carried her skinny look throughout her acting career until very recently when she had a change of perspective.

In many cases, actors feel pressured to look thin. Cavallari realized that gaining weight is not a bad thing if it’s the right type of weight. She does not check her weight frequently and likes to judge her body by how her clothes fit her.  Seeing old photos of herself and realizing how thin she was in the past, Cavallari embarked on a new journey to maintain the muscle she now possesses.

Cavallari founded her own company, Uncommon James, offering an assortment of jewelry, homeware, skincare, and beauty products. Just a year later, she received her own reality series on E! network called Very Cavallari, which lasted from 2018 to 2020.

In a recent clip posted on Instagram, Kristin Cavallari shared that she set a new deadlift PR of 185 pounds.

Cavallari can be seen bracing herself before attempting to make the lift. She gets going with relative ease without using lifting straps or a belt. Instead of a traditional barbell, Cavallari opted for the hex bar. She performed the lift bare feet on the floor.

She likes to share regular physique updates on social media to give her fans an inside look into how her body changed from the pressure of work and motherhood.

She inspires fellow mothers to be more comfortable in their skin and be proud of their bodies. Her new achievement is sure to motivate her followers to push even harder in the gym.