World Record holder, Kristy Hawkins, pushed herself to the max in a recent training session. 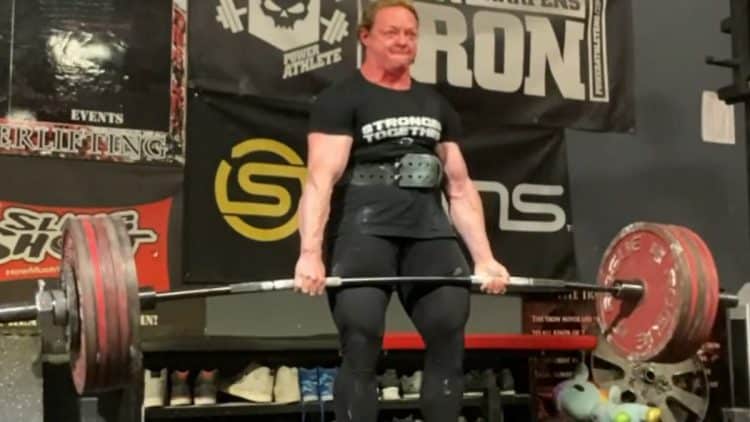 Kristy Hawkins is without a doubt one of the greatest female powerlifters in history. She has accomplished almost everything there is in the sport, but that does not take away from her desire to lift even heavier. Just less than one year ago, Kristy broke the All-Time Deadlift World Record in the 75-kilogram weight class, and despite being the best ever, she still wanted to improve. That is exactly what she did, as Kristy shared a new 285-kilogram (628.3-pound) deadlift PR.

Kristy Hawkins’ new PR did not come without a struggle. In fact, it seemed that adding even the tiniest amount of weight would have prevented her from lifting it. Kristy pulled the bar inch by inch, from the start until lockout. Most people would give up after the initial pull, but her mentality is what made her one of the greatest ever. Kristy joked about the speed of her lift in the caption, as she wrote:

Kristy Hawkins deadlifted 285 kilograms (628.3 pounds) with a conventional stance and a mixed grip. Regarding the equipment, she only used a lifting belt, meaning that her new PR is raw.

It is not clear if Kristy Hawkins will compete soon. Throughout her career, Kristy competed at around 74 kilograms (163 pounds) of bodyweight. If she weighed the same now, her 285-kilogram (628.3-pound) deadlift would be an Unofficial U75KG World Record. Hawkins also holds the current record of 275 kilograms (606.2 pounds), which she set at the 2021 WRPF The Bucked Up Showdown.

Kristy Hawkins started out her career as a bodybuilder, and still maintains a similar physique. Her most notable success as a bodybuilder is getting an IFBB Pro card after winning the light-heavyweight and overall at the 2007 NPC Nationals. Kristy competed 19 times as an amateur and professional bodybuilder.

Kristy Hawkins retired from bodybuilding in 2011 and moved on to powerlifting. Her first professional powerlifting competition came in 2014, and she competed 18 times in total. She won 14 times, while also setting numerous records along the way. Kristy still holds the raw U75KG All-Time Squat, Deadlift, and Total World Records.

Kristy Hawkins has only competed once in both 2020 and 2021. Judging by this, she could also compete once in 2022. This would excite many powerlifting fans, especially after seeing her claim new PRs in training. Currently, Kristy has not announced when she plans to return.