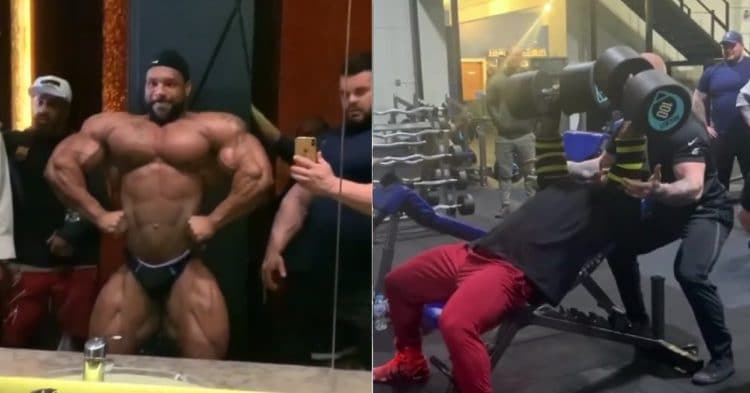 Nathan De Asha is not letting the issues going on in the world stop him from getting in some hard with in the gym. He was recently seen blasting out some hefty incline dumbbell presses.

De Asha, like the rest of us, has become severely inconvenienced due to the recent struggles going on in the world. He was expecting to have a big performance at the 2020 Arnold Classic but was unable to because of issues getting his passport. Subsequently, he decided to compete in a later contest, at the Arnold Australia. Ultimately though, that show would be canceled alongside most major sporting events.

Although many people would be discouraged after this type of thing, but not De Asha. He is managing to stay positive, throughout all of this, and keep in the gym. He showed this with a recent Instagram post, of him in a noticeable empty gym. Here he blasted out a solid set of 220lb incline dumbbell presses, hitting 5 reps.

“220lb ( 100kg ) incline press EASY!!
So many people going on like this is hard and unusual ha. Told you we get lads at my gym @prophecyperformancecentre banging them out for fun. After doing 10 reps on 30kg up to 80kg I thought why not toss these up ha just another day at the blue lagoon. A real gym.
Thanks to all the lads pushing us along.”

It is sure a shame that De Asha was unable to compete. He had been working hard and was prepared to peak properly. Take a look at his physique from a few days ago, where he was looking bricked up.

It is good to see Nathan De Asha managing to stay busy and keep working during these tough times. Hopefully, when he finds himself able to compete again, he will be able to look even better than before.

Larry Wheels Does Crazy Workout With His Couch During Indoor Training