Kyle Farnsworth is ready to make a statement at the NPC Southern USA Championship this Saturday and looks virtually unrecognizable from his time as a pitcher in Major League Baseball. 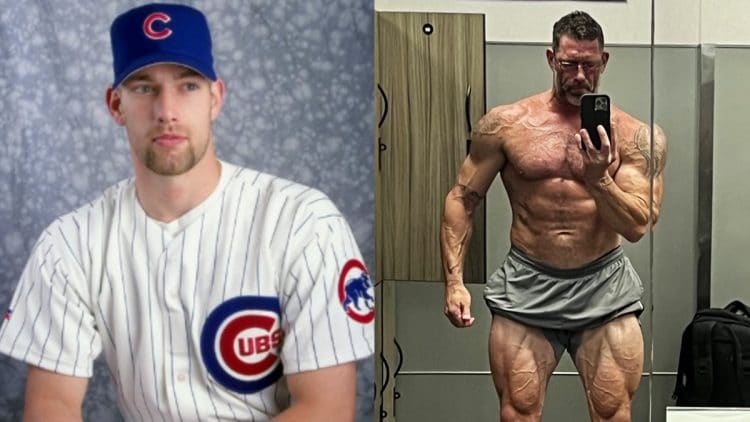 Retired MLB Pro Kyle Farnsworth plans to make a huge splash in the Classic Physique division in just a few days. In a recent update, Farnsworth shared the progress he’s made as a bodybuilder ahead of the NPC Southern USA Championship.

The right-handed pitcher has ditched the baseball diamond with intentions of becoming an elite-level bodybuilder. Before making his way to other baseball teams, Farnsworth spent six years with the Chicago Cubs before his last baseball game, which came in 2014 with the Houston Astros.

Farnsworth has been a part of a number of teams including the New York Yankees for three seasons and the New York Mets. The 46-year-old was responsible for playing in a total of 16 seasons professionally, which included over 998 innings on the diamond. Before making the career switch, Farnsworth also played in the Mexican Baseball League in 2015 and became the pitching coach for the Brookhaven Bucks of the Sunbelt Baseball League. As of late, Farnsworth has dedicated his efforts solely to the sport of bodybuilding.

While he’s left his cap in the dugout, Farnsworth still possesses the same gumption and ambition that saw him reach incredible heights as a major league pro. He showcased amazing athletic abilities throughout his baseball career and clearly, he’s traded some agility for strength.

In a recent post made to social media, the former MLB star shares the progress he’s made as a bodybuilder.

“Very rare gym bathroom selfie. 4 days out to my first body building competition. Classic Physique. These past few days have been fun with no carbs!” Kyle Farnsworth wrote.

The life of a bodybuilder comes with a number of challenges, especially when preparing a physique for a sanctioned event. Athletes have to closely monitor food, liquids, and supplementation so they can peak their physiques at the correct time. As noted above, Farnsworth intends to have a major impact in the Classic Physique category and revealed that he’s already cut out carbohydrates ahead of the planned contest.

Before making the decision to enter bodybuilding, Farnsworth attempted to make a transition into the semi-pro football league, the Florida Football Alliance. While his aspirations as a football player never came to fruition, he definitely has the physical qualities necessary to ascend to the top of bodybuilding in Classic Physique. He sports a 6-foot-4, 240-pound frame, and has shown impressive conditioning.

4 weeks out to my first body building competition here in Orlando. The NPC Southern USA National Qualifier out in by @fitgirlevents Very excited to be apart of the Sheri Classic and to see what I can do.

I will be competing in the novice Classic Physique class. I have always wanted to do one and it’s never to old to start. When you are a competitor you have to find things to compete in. Thank you to @kashguidry to this point as well to helping me bring out the best. It’s grind time now

RELATED: 20 Amazing Before & After Bodybuilding Transformations

With his eyes on the novice Classic Physique Class at the NPC Southern USA Championship, fans are counting down the hours as he inches closer to performing this weekend. After undergoing a dramatic physique transformation, it’s evident that Farnsworth is approaching his bodybuilding prep with the same level of professionalism he showed in MLB.