The Croation IFBB Pro is sporting a crazy look as he seeks redemption after taking fifth place at the 2022 California Pro last month. 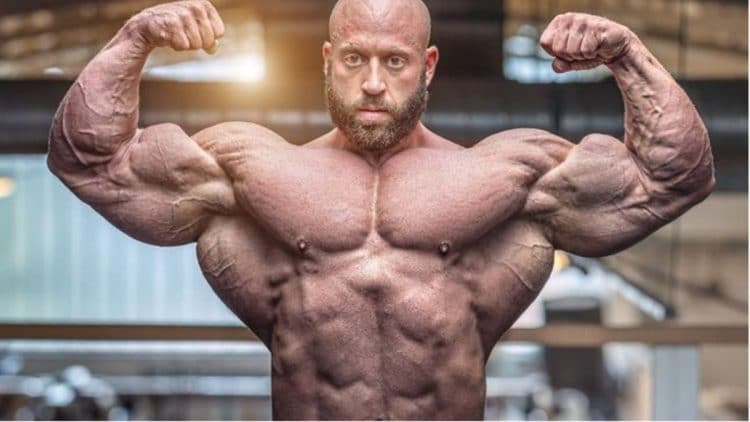 When he first made his way into the sport of bodybuilding, many fans were shocked by Petar Klančir due to his freakish muscle mass and grainy density. After placing fifth at the recent California Pro, Klančir plans to bring his best package to date at the upcoming 2022 Mr. Big Evolution Pro show in less than three weeks.

Klančir, a Men’s Open bodybuilder, intends to make a statement later this month. Fans are excited to see what kind of improvements the Croation national has made since failing to reach the podium in California last month. There is speculation around Klančir because he’s only competed at a handful of IFBB Pro League shows in the past few years.

Momentum behind Klančir grew in 2014 when he managed to place runner-up at the Amateur Olympia Europe. Even back then, his upper body and arms stood out as some of his most commanding features. He returned to the 2017 San Marino Pro; a highly competitive contest that saw him reach tenth place. There is no question that Klančir has exceeded the expectations of fans during his tenure as a Pro. In fact, the bodybuilder attracted a lot of attention in 2018, when he showed off quality muscle and an aesthetic look at just 28 years of age.

Klančir has yet to bring his massive physique to the prestigious Olympia stage but plans to change that in the near future. While he attempted to secure his invitation in California, Klančir was tasked with facing an elite crop of talent, like Mohamed Shaaban, who placed second, and champion Charles Griffen.

In a recent post made to social media, Klančir showed off his improvements and it looks like he’s not only added size but conditioning as well.

“It is fascinating how the body can change in few months…” Petar Klančir wrote.

With two and a half weeks to go, Klančir has the time to shore up any issues related to his prep. Maintaining a gargantuan build like his is no easy task, calculated dieting, supplementation and training are all of equal importance when contending against some of the sport’s best.

2022 Mr. Olympia is scheduled to take place Dec. 16 – 18 in Las Vegas, Nevada. With Olympia in roughly six months, athletes are steadily earning invitations by winning bodybuilding events or by accruing points through participation. The qualification period started on September 13, 2021 and runs until November 20, 2022.

Bodybuilders can either win a show or qualify for Olympia based on points accumulated throughout their respective seasons as mentioned above. Additionally, the top-five Men’s Open bodybuilders from last year’s Olympia automatically qualify for the event. Former champions of the show are qualified to compete at Olympia for a lifetime and special invites are given out at the organization’s discretion.

Klančir is ready to perform and finally punch his ticket to the biggest show of the year. If Klančir’s recent physique updates are any indication, the IFBB Pro intends to make up for lost time in under three weeks.