Larry Wheels pulls some big weight ahead of the Arnold Classic in early March! 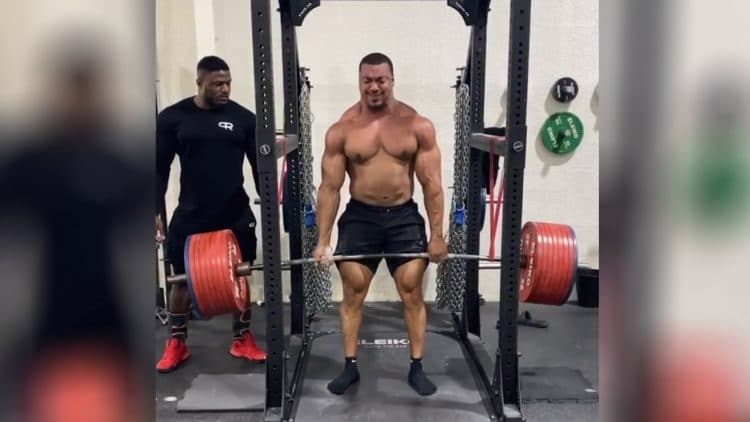 The fact that Larry Wheels was able to pull 903lbs/410kg with no belt or straps is crazy but if we were going to be surprised about something, this surely wouldn’t be it. After all, Wheels is known to move big weight in the deadlift (and any lift for that matter).

He has deadlifted 900+ pounds several times before even without straps but he usually wears a belt. Although, the bands do help with the lift initially. However, it still doesn’t make the lift easy especially near the top.

But as he prepares to take on the Arnold Classic in a few weeks, he’ll need all the practice he can get.

As you can see, Wheels was able to power throughout without much of an issue but he still has until early March to make any improvements necessary.

Here’s another recent video where he did a 673lb paused bench press with reverse mini bands.

Some pretty impressive lifts as usual from Larry Wheels ahead of the Arnold Classic where he’ll also be cheering on his good friend Hafthor Bjornsson who will likely have a go at the 501kg Elephant bar deadlift again after recently achieving an unofficial world record in training; which would be a spectacular feat.