Larry Wheels Impressing With Back Squats 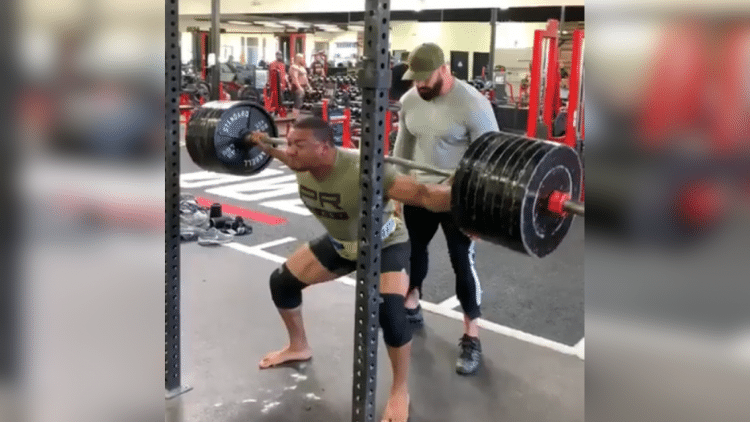 Larry Wheels is back in the gym again, putting in serious work. This time the phenom is turning heads with his incredible back squats.

Wheels is one of the most promising athletes in the world today, with his fingers laced in various things. He is a powerlifter, turned bodybuilder and amateur arm wrestler. He has shown an ability to naturally pick up on many different sporting endeavors, which has made him impressive to watch.

However Wheels recently had to deal with a setback. He suffered an injury in his left bicep, which put him on the sidelines for a while. However he is back to training fully, and he is certainly taking advantage of that. This is evident in a recent video he posted to Instagram.

In the video, Larry Wheels hits an impressive set of back squats. He managed an unbelievable five sets with 352kg/775lb. Subsequently, he  expressed his excitement afterwards, by shouting and stomping around. He should be excited, as this is an impressive feat of strength.

As he alludes to in the post, Wheels is looking to set some new personal records, now that he is back to being fully in the gym. With performances like this one, it seems pretty likely that he will be able to set the new PRs that he is after.

Wheels, in particular, is actually known for breaking personal records. He typically sets new records most times he hits the weights. Even when he was injured, he was doing unbelievable things in the gym, using no hands.

At this rate, Larry Wheels is going to just keep on impressing. It seems like every time he steps foot into the gym, he is reminding us why he is considered to be a phenom.