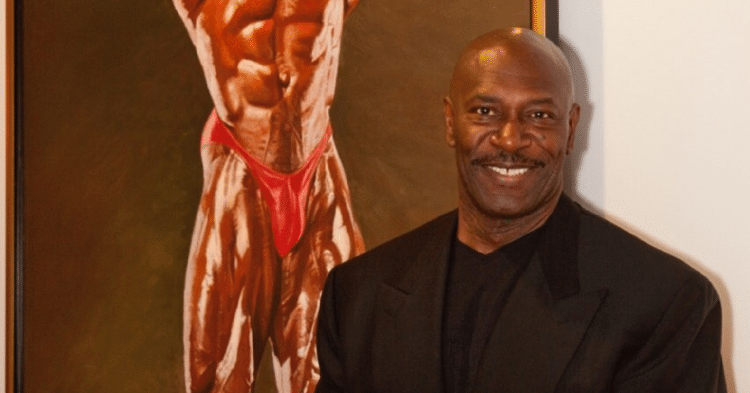 In the sport of bodybuilding, there is a stigma that men can not talk about their emotions. One of the most successful bodybuilders of all time, Lee Haney says that needs to change.

Being tied for the most Olympia wins, Haney is without a doubt one of the best to ever do it. While he retired from the sport at the age of 31, he established a legacy as one of the most talented bodybuilders of all time.

Since retiring, Lee has tried his best to be a positive influence on the sport, as well as an advocate for mental health amongst bodybuilders, and this is something that he spoke about in a recent interview. Here he explained that a big reason for this stemmed from the death of Luke Sandoe, as well as his own struggles of coming down from winning 8 Olympia titles.

“We lost Luke Sandoe, beautiful young man, beautiful athlete. I had the honor of meeting him at the Olympia, I think the year before last. We talked for a while, and I gave him some props, as far as his physique is concerned. Then to hear that he had passed and committed suicide, was just heart wrenching. A young man with so much to live for, beautiful wife and child. What’s happening out there?” Haney said.

“There’s a lot of issues we face, and we face them on our own, and nobody knows what’s happening. In the world of bodybuilding, there’s always this picture painted that we’re some super people. We can get over anything. We’re strong, we’re physical beautiful on the outside. We can conquer all. What happens in the mind, and what happens in the heart and the spirit person, can be totally different than what is seen on the outside.

“So I wanted to speak to that particular thing, because that’s something that’s never discussed, something that I feel our industry is missing. So I heard a couple of different times, at this past Olympia, a couple of different athletes that said they had these moments in which they broke down in tears while prepping for the show,” Haney continued.

“This is not something that’s happening to these particular people, it’s happening a lot. Many times it’s not being discussed or brought out in the open, but I just want to share my perspective on the importance of mental health, and what I’ve done in my own life, to keep it together. When you’re talking about winning the Mr. Olympia, let alone 8 Mr. Olympias, how do keep it together (in your mind)? When you’re on the top, there’s nowhere to go but down. If you’re not able to control the mental stress of being an athlete, and trying to overcome adversities, trying to get better, trying to pursue something that only one in a million or several billion can achieve, that’s pressure in itself.”

These are some good points from Lee Haney, in that it is hard to be an elite athlete in any sport, but moreso with bodybuilding. Hopefully people will hear his words and take better care of themselves and each other, moving forward.