Lee Haney takes shots at the current state of bodybuilding, saying that coaches are to blame 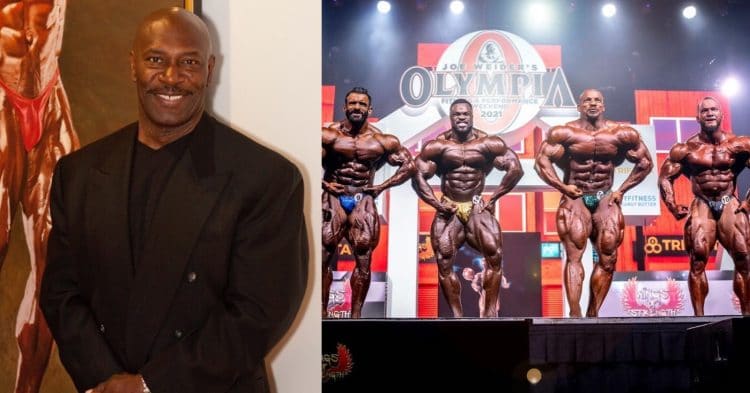 When he was commentating for the 2021 Mr. Olympia, bodybuilding icon Lee Haney made it clear that he was not exactly impressed with what he was seeing onstage. Now he explains further what it is about the current state of bodybuilding that bothers him.

Haney is one of the greatest athletes the sport has ever known, and he has 8 Mr. Olympia titles to back that up. In his time since retiring, he has managed to stay a relevant figure in the sport, speaking out on the various issues.

One of the main things that he has spoken out about, is the fact that the he feels like current generation of bodybuilders tends to put too much focus on size, sacrificing their shape and conditioning. This is something he continued with, after commentating for this year’s Olympia, with a post to his Instagram page where he blames this issue on athletes getting coaches who have never been bodybuilders.

“After close evaluation of the Olympia, It’s my professional opinion that the training systems used lack the ability to create muscle maturity or quality muscle separation. No so with the top 10 during the eras past. Yes, athletes are bigger but lack quality,” Haney wrote.

“I later had a conversation with the coaches that worked with one of the top athletes. I asked: what type of training system did he used for his athlete (top (5)?
And behold😳 he gave me an answer that was total out the realm of what was used to create some of the greatest physiques ever.

Of course he himself looked like a dancer. There in lies the problem with the quality of 95% of open class bodybuilders. The problem with most of the current coaches is that they haven’t been there done that. I said it and stand by it. I have the hardware to backup what I said🎤”

There is a certain element of truth to what Lee Haney is saying here, especially when you look at how the competitors were scored specifically at the Mr. Olympia this year. After all, you have people, Lee included, feeling that Hadi Choopan had the type of physique to win, but he only came in third.

On the other hand, there is a tendency for older bodybuilders to constantly say that their generation was the best, which could very well be the case here. Either way, he brings up interesting points about the state of bodybuilding today.