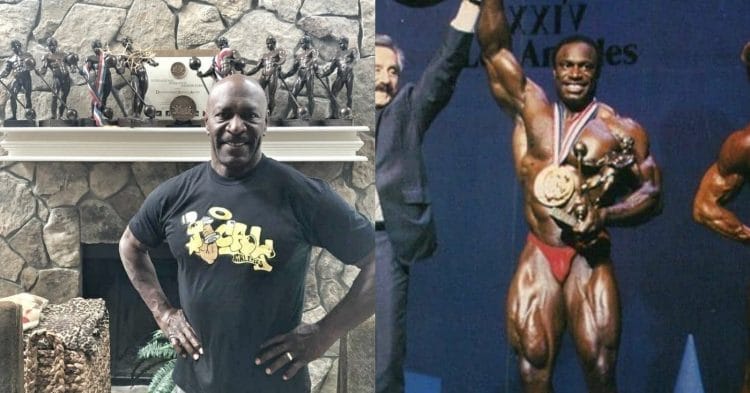 The last few months have seen legendary bodybuilder Lee Haney speak up more and more about how different the sport is nowadays. He recently took aim at the ease with which athletes earn their pro cards now.

There is a seemingly endless theme in bodybuilding, where the older athletes talk about how much better the sport was during their time, compared to how it is now. We have seen it time and again with the likes of Arnold Schwarzenegger, Shawn Ray, and of course Lee Haney.

The 8x Mr. Olympia winner has made it clear that he feels like there is a lack of quality among the current crop of competitors, and most recently he seems to have figured out the reason for this. Posting to his Instagram, Lee explained the difference in the process of turning Pro when he was growing up in the sport, as opposed to how easy it is now, suggesting that this has allowed for lesser quality athletes to be pros, without putting in as much work.

“A bit of history: During my rise from an amateur to pro, you had to really earn your stripes. There were only 5 IFBB Pro’s added to the ranks each year (Before the 90’s). There was 1 bantamweight, 1 lightweight, 1 middleweight, 1 light heavyweight, and 1 heavyweight,” Haney wrote.

“Only the best of the best received pro status. Becoming a pro wasn’t a cake walk. This ensures that the quality of athletes were the very best on every level. My Tutorurs were Robby, Arnold, Calendar, Padilla, Zane, Dickerson, Corney, Tinerino, Grykowski, Mentzer, Metz, Wikosz, Coe, Lopez, to name a few. To all I am indebted to.”

There are certainly two sides to this debate, and Lee Haney brings up good points. After all, the easier it is to earn pro status as a bodybuilder, the more people will theoretically get their pro card who do not deserve it.

On the other hand, there is a case to be made that having a wider ability to become pro is good for the sport as a whole. Having more pro athletes could, in theory, allow more eyes on the sport, with others feeling that it is possible for them to be in the same position, leading to more people pursuing the sport, and so on.

It is clear that Lee Haney really just cares about the sport, and wants to see the best athletes thrive. Whether you agree with his views or not, it is hard to fault him for that desire.