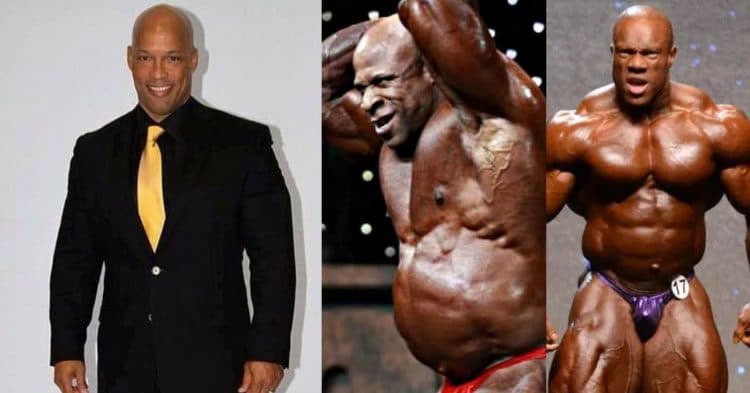 It is far too common for elite bodybuilders to take the stage sporting bloated bubble guts. Shawn Ray recently took aim at these athletes by pointing out how that was never an issue for him.

During his time in the sport, Ray was one of the best in the world. While he did not end up winning the contest, of the thirteen times that he competed on the Olympia stage, he came in second or third place on five occasions, only scoring below fifth place in his first appearance.

Since his time competing has ended, Shawn has still maintained his status as one of the most visible members of the community. He has worked alongside the Olympia, even to the disdain of some fans.

Recently Shawn Ray found himself poking fun at the rest of the bodybuilding community. While he did not directly call anybody out, he shared a post to his Instagram that has everyone buzzing.

He shared a brief clip of some of the elite bodybuilders in the history of the sport, all of which are experiencing some pretty severe bubble gut. He then proved that this was not a factor for him, by showing off his clean six pack abs onstage.

For those who are unaware, the condition that Ray is referring to, known as bubble gut, is something that athletes deal with where their midsection is seen being bloated and swollen. While an exact cause has not been scientifically determined, it is widely accepted that it is due to the use of steroids, primarily insulin or Human Growth Hormone.

This has been the subject of much contention among fans and athletes for years. Some of the greatest bodybuilders of all time, such as Ronnie Coleman, Phil Heath, Dexter Jackson, and others have fallen victim to this bloating.

However as Shawn Ray made clear, this has not exactly been an issue with his career. He was a bit on the smaller side, compared to some of the other people he competed against, and that could have contributed to him not dealing with bubble gut.

Whether you love Shawn Ray or hate him, it is entertaining to see Shawn Ray put the rest of the bodybuilding world on blast for having this somewhat embarrassing deformity when they step on stage. Obviously it is not something that everyone has an issue with, but those that do have been put on notice by the bodybuilding veteran.