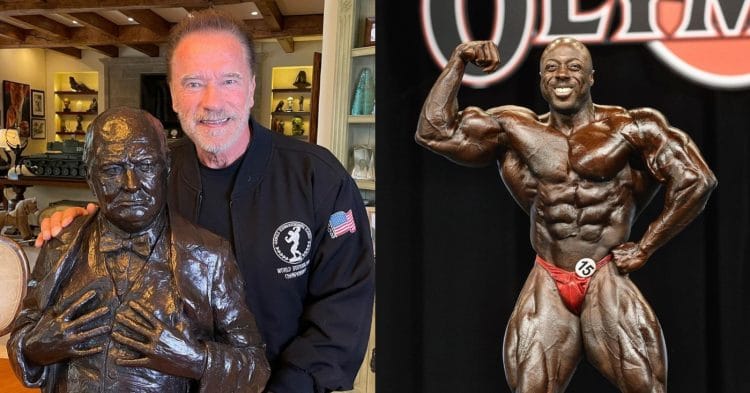 Arnold Schwarzenegger recently went on record about his concerns over the seemingly increasing number of deaths in the bodybuilding world. Now he is continuing to call for changes to the sport.

There have been an alarming number of deaths within the world of bodybuilding, over the last few years. This has led to Arnold expressing his concerns over the sport, saying that the Classic Physique division is a much safer direction for the sport to go, due to their smaller size.

He continued this thought process in the latest edition of his monthly newsletter. Here he compared the number of deaths in bodybuilding, to that of sports that are perceived to be more dangerous, like MMA or football, and says that bodybuilding should look to make some changes to ensure the safety of the sport and the athletes involved.

“In the past 10 years, bodybuilding lost more competitors (14!) to early deaths than any other sport, including MMA and football. In fact, most football players that die from CTE problems die much older than bodybuilders, and with the exception of a tragedy this week, MMA fighters die at a much lower rate than bodybuilders,” Schwarzenegger said.

“You would think that the head trauma from MMA and football would outweigh the organ failure in bodybuilding, but bodybuilding is much, much worse. We need to fix that, because bodybuilding should be about promoting health and fitness. I don’t know if the answer is more testing or promoting the smaller divisions more. What do you guys think?”

As hard as it may be for some to admit, Arnold Schwarzenegger has some good points about the recent run of deaths within the sport. Most recently we saw George Peterson pass away in the prime of his career, just days before he was set to compete at the 2021 Mr. Olympia, serving to prove the point that Arnold is making.

That said, it is far from an easy fix, which is something that Arnie notes. There are a few things that seem like promising solutions, such as limiting the use of diuretics like he has previous suggested, but even that does not solve the problems.

Another possible solution that Schwarzenegger does not discuss, is the idea of moving the sport in the opposite direction than what Arnold is saying. Instead of limiting diuretics, some have suggested that the answer is proper education on how to safely use these types of substances, without suffering the severe damage in the process.

What do you make of these sentiments from Arnold? Are there some changes that the sport could be making to create a safer environment for the athletes?