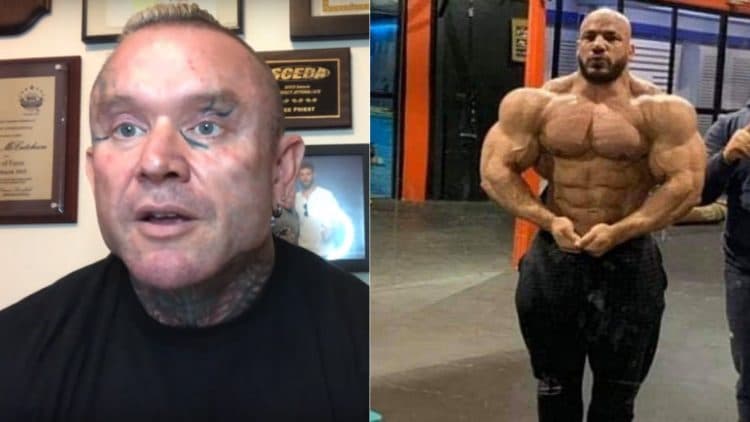 It’s quite common for bodybuilders to post progress pictures a certain number of weeks out from the competition. Sure, most of the time they look super impressive and many times this is where predictions are made for a show based on these Instagram photos.

But this by no means indicates that they will come into the show looking the same or better which we have seen many times before.

Well, the legend Lee Priest commented on a recent photo of Big Ramy posing in front of a mirror several weeks out from the Arnold Classic and he knows all too well that many top competitors share their photos weeks out only to disappoint come the day of the contest.

Here’s the photo of Big Ramy…

“same as ever. Just wait to contest all these pics don’t mean shit. Seen it all before.”

And then one of his replies was…

“8 weeks is a long time. He could get injured anything can go wrong. Until show day these pics don’t mean crap.”

He then mentioned several times that the only day that counts is the day of the show.

Well, let’s just say that many of the people commenting were not happy with how Lee Priest responded to the photo and he did engage in a few back and forths with a few individuals on Instagram. But he wasn’t implying that Big Ramy wouldn’t come in looking as good or better or even wishing an injury upon Ramy. But he was simply stating that progress pics are not worth the hype.

But Priest recently sat down with Dave Palumbo of RXMuscle to talk about why he thinks progress pics don’t really mean anything.

“If Ramy was in his best shape ever, if Ramy looked like Dorian right now, it doesn’t matter people because the contest isn’t today, it’s still eight weeks away,” said Priest.

He then referred to the comment about the potential for injuries that far out from the competition as well which didn’t over well with some.

But he explained that he wasn’t wishing for an injury but rather bringing up the fact that it’s a possibility hence the reason why progress pics don’t mean a thing until show day.

Lee Priest Suffers Lower Back Injury, Trying To Cope Up With Cardio Workout

Bodybuilding legend Lee Priest recently injured his lower back. Priest shared the details of his injury and shed light on...

Breon Ansley took to YouTube to discuss his time training at the infamous Oxygen Gym in Kuwait known for pushing...